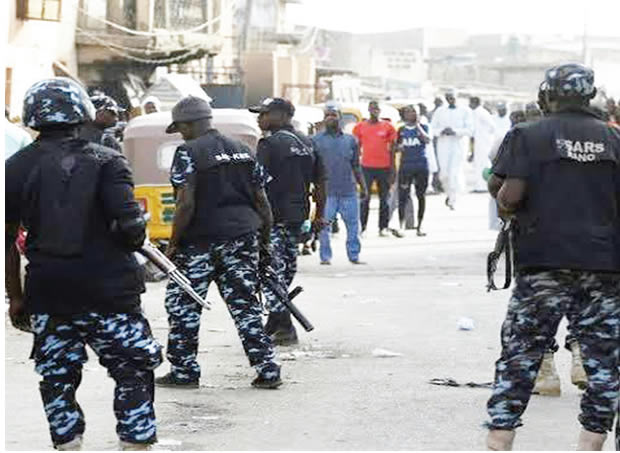 Rival cult gangs in the Ijeshatedo axis of Surulere LGA of Lagos have clashed.

CityNews Nigeria gathered that residents were seen scampering for safety as the rival groups descended on their neighborhoods.

This online platform learnt the disturbance started by rival cult gangs, at around 6 pm this evening Tuesday 16th,, 2020 at around Sanya bus top on Oshodi Apapa expressway and moved to nearby Ilamoye street.

Later the fight spread down to Omolabanke street and Doyin Odediran street which is adjacent to Ilamoye and which brought about the rival cult group to revenge in fresh attacks.

In the video which was secretly filmed by a resident, some young guys were seen holding matches and dangerous weapons like kitchen knives and even double-barrel guns which were shot in the air several times to scare their opponents.

However, no casualties have been recorded but the mayhem is still going on with these thugs disturbing the peace of the community.

Below is a video of the clash;

Edo Decides: Obaseki Says He Won’t Resort To Violence Like APC As He Calls Out...