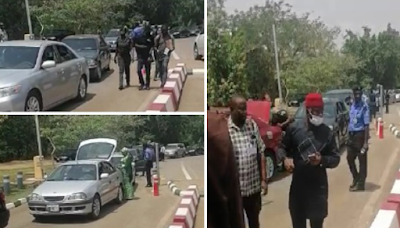 Breaking: All Native Doctors To Be Registered In Ebonyi – Umahi

The search of vehicles was more intense than normal causing a long queue at the entrance into the assembly.

Staff and journalists also spent more time trying to get into the complex.

According to reports, there was an alleged security threat which necessitated the tighter inspection.

Police React To ‘Dismissal Of Shogunle, Badmus From Service’