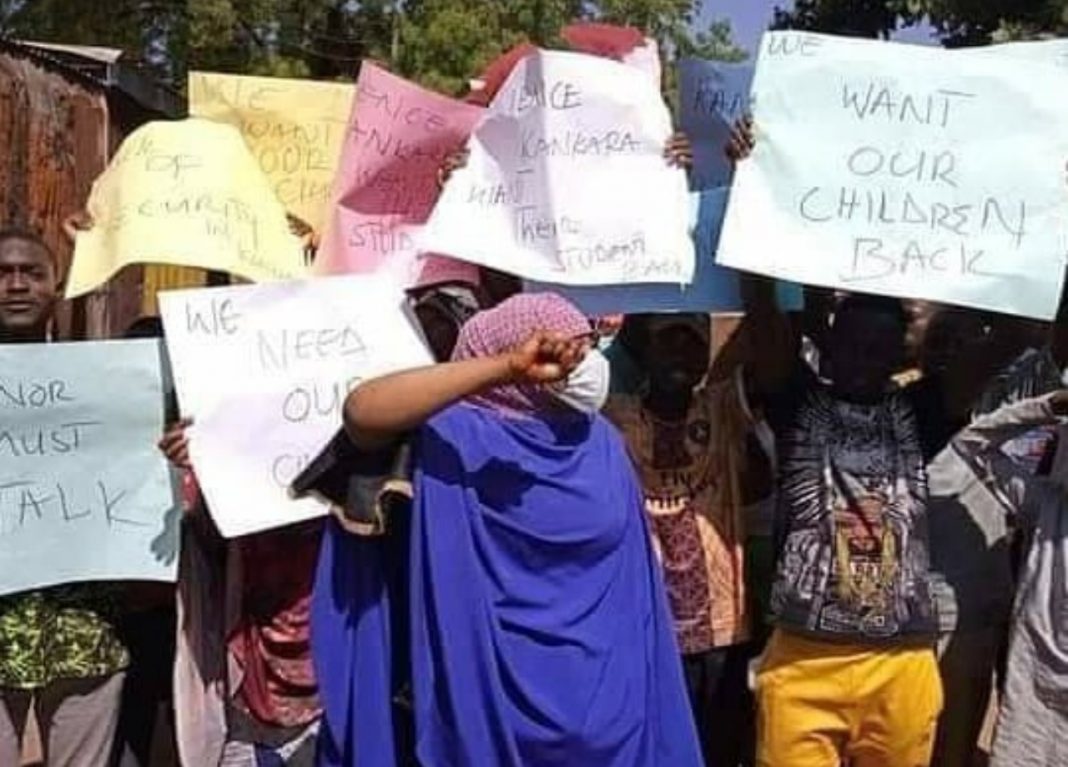 Some parents of the abducted students of Government Science Secondary School, Kankara, have disproved the authenticity of video the Boko Haram sect released on their children.

Citynews Nigeria had reported how bandits attacked the school last week Friday and abducted over 300 students.

In a video, which went viral on social media on Thursday, some of the boys, who looked forlorn and dishevelled, beseeched the government to give their abductors what they wanted so that they could regain their freedom. .

“Close any form of school, including Islamiyah. Please send the army back. They can’t do anything to help us. Please sir, we need your assistance.”

Speaking at the end of the video, a voice believed to be that of Shekau said, “he was doing Allah’s work”.

But some of the parents have come out dismiss the video, they said the kids in the video are not theirs as they could not identify any of the persons there.

“This is a fake video; these are not our kids.

“Why are they pulling our legs? This video is not genuine and most of us have kids that were abducted but this video did not clearly show our children. It is just a fake and means to deceive us.” TheCable quoted Umar Muhammad, one of the parents, to have said.

Dini Ketare, a parent who’s been shattered and distraught over his missing child, said: “The video is not of our children and does not even look like them.

“We spent six day coming here from the Ketare town, hoping to see that our children have been rescued but we always leave here in a bad mood.”

Lady buys herself an SUV to celebrate passing out of NYSC