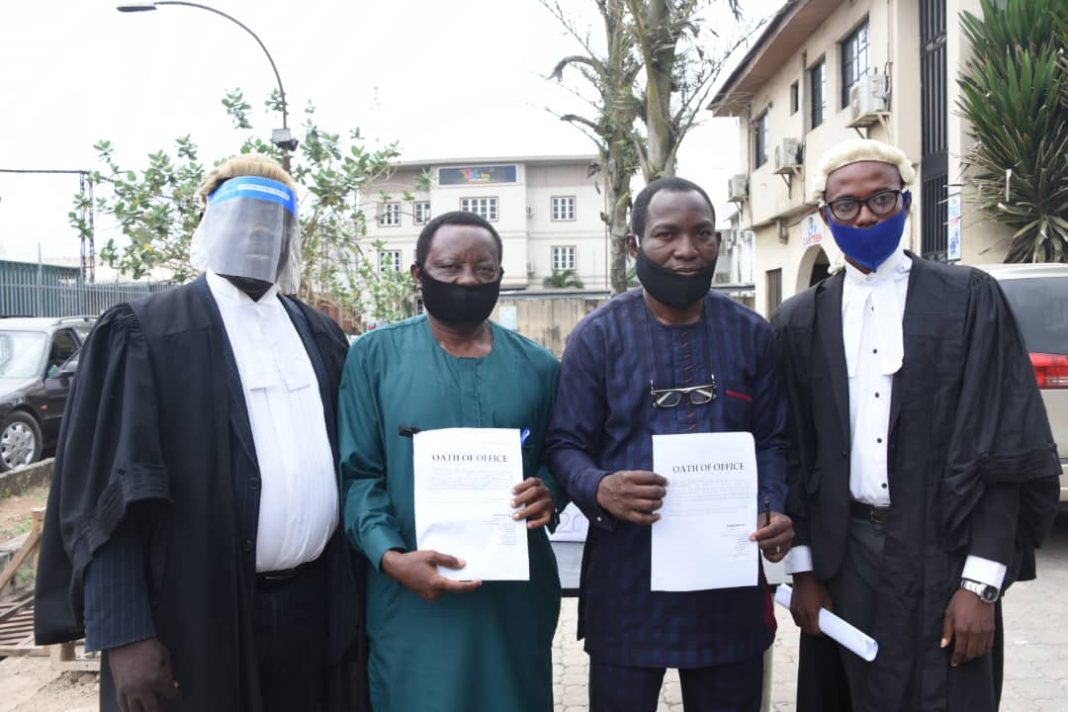 A new executive members of The Photo Journalists Association of Nigeria (Lagos Chapter) have emerged after election was conducted by members in Lagos on Saturday.

The election which was conducted at the premises of Lagos Television about noon had in attendance twenty six members of PJAN with a member of the Nigerian Bar Association, Mr Folorunso Ogunekun on hand to conduct the swearing of oath by the officers into the various offices.

In his acceptance speech which he titled ‘The New Dawn’, the new chairman, Mr Abiodun Ajala who is the Photo Editor of Thisday Newspapers described the outcome of the election as a true expression of the members’ choice.

He said to the excited gathering that the trust reposed in him and his exco members would not be wished away.

He asked everyone to be rest assured that his administration would be pivoted on professionalism, leadership, teamwork and transparency.

“I am happy with the calibre of people that surrounds me, a new foundation is laid today as members will be treated like kings.

“I will organise a stakeholders meeting where the future of the association would be laid soon .
We are determined to pursue accountability, professionalism, transparency, integrity and prudence.

“Our projection is to classify our programmes into short, medium and long term basis. The change we all desire would begin to manifest in no distant future.
“I appeal to members to join hands with us to build the association to that enviable height.

“This executive cannot do it alone and it is the duty of every member present here and those to join us to redeem the great image of our association .

“I appeal to us that we all come together to build PJAN as we have been robbed of everything that belong to us in terms of emoluments and royalties from our intellectual contributions.

“Our development is a function of our input as a group or association and we hope to involve all members to add value to our dear profession”. Ajala concluded
However, members have started reacting after the inauguration of the executives .

One of the members is Samuel Adetimehin. He said
“From what l just witnessed from the election, it was fair and free election . Even those contestant that were not on ground were still voted for. For this reason we can say the election was held and it was free and fair. What really determine an election was majority of electorates present at the poll and this is exactly what happened in today’s election.”

READ ALSO:   Woman arrested for urinating on a store floor after she was asked to leave for not wearing a face mask, not knowing she had just stolen from a nearby store

Another respondent and a veteran of the association, Mr Dare lbironke said it was a beauty to behold.
“What happened today is a new birth for photojournalists in Lagos State for having understanding executives who are seasoned operators in photojournalism and understand the concerns of photographers. l believe the executives will be able to improve the activities of photographers in their various organizations. My prayer is that the ideas will come to fruition with the support of the members.” he submitted

How Police Re-arrest Escaped Prisoner During EndSARS Protest In Edo

Notorious Canadian gangster assassinated in shower of bullets one year after he survived similar attack...