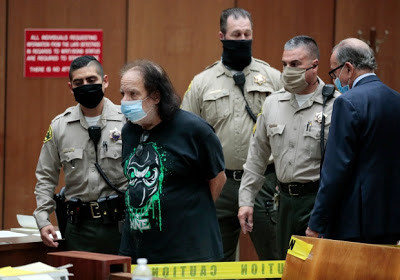 A sick video allegedly showing shamed p3rn star Ron Jeremy having s3x with an 87-year-old woman, who appears to lack the ability to consent, is being reviewed by investigators in Los Angeles.

The video has been sent to the Los Angeles District Attorney’s office by a former p3rn star turned private investigator Paul Barresi.

Although Jeremy’s face cannot be seen in the footage, Barresi, who used to work with the veteran adult star, says he has positively ID’d him using distinctive marks on his body – as well as his voice.

The woman in the video states she was born in 1910 and is 87, suggesting the video was made in the late 90s. She appears confused and uncomfortable throughout.

It comes after Jeremy, 67, was arrested on Tuesday and charged with r3ping three women and assaulting another. He has denied all charges.

Barresi told The Sun he already sent the video to the FBI in 2014 – and believes some of Jeremy’s alleged victims may have been spared if they had acted on the evidence. 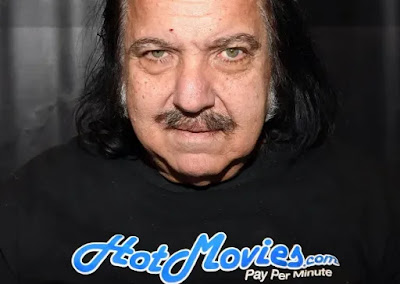 He said: “Had FBI acted on the complaint and videotape evidence myself and fellow PI Salvatore Grasso provided them in 2014 of Jeremy sexually defiling and debasing a very old woman in her late 80’s, perhaps so many of his victims might have been spared.

“Video evidence was provided to FBI in 2014 and recently provided to LAPD detectives as evident in my e-mail.

“Objects with whom and to whom he feels he has a right to do with as he pleases.

“Jeremy used power and control to manipulate the old woman. He mocks the old lady, and she appears to not even know it, thereby raising question as to her cognitive ability.

“Investigators will have to look into this abuse. What were the circumstances leading up to the old woman consenting to engage in s3xual acts on film with Jeremy? Who arranged this? Who set it up and where?”

He is charged with three counts each of r3pe and forcible penetration by a foreign object, along with one count of forcible oral copulation and sexual battery.

The adult film actor, who appeared in Los Angeles County Court on Tuesday,maintained his innocence in a social media statement on Tuesday.

“I am innocent of all charges,” Jeremy tweeted.

“I can’t wait to prove my innocence in court!

“Thank you to everyone for all the support,” he added.