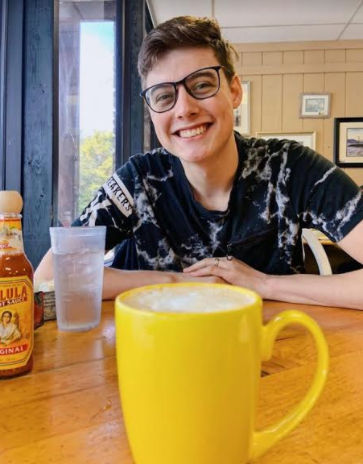 YouTube star Landon Clifford has died at the tender age of 19.

The tragic news was confirmed by Landon’s wife Camryn Clifford in a heartbreaking social media post.

A devastated Camryn shared the last photo of her husband to Instagram that showed her placing a protective hand on his chest as he lay in a hospital bed.

Popular vlogger Landon, who became a dad for the second time three months ago, was placed in a medically induced coma after suffering a brain injury.

Paying tribute to her teenage sweetheart, Camryn shared: “August 13th 2020 was Landon’s last day being the best dad and husband he could be.

“After spending the following 6 days in a coma he passed on and donated several organs to people in need all over the country.

“He died saving the lives of others. That’s the type of person he was. Compassionate, loving, thoughtful, kind, and gentle.

“He was an amazing husband and the best father those girls could have ever asked for,” Camryn wrote.

Landon was father to daughters Collette Briar Clifford and Delilah Rose Clifford, who was just born in May.

His wife Camryn said she was devastated to know their children would never remember their dad and that he’d never get the opportunity to walk them down the aisle on their future wedding days.

“It saddens me deeply that they will never get to truly know him. He was so young and had so much more life to live. This isn’t how things were supposed to go. He was meant to make it to his next birthday.

READ ALSO:   Sad!Man charged with fatally stabbing 7-year-old girl for drawing a picture of him to cheer him up

“He was meant to die old with me. Words can not come close to describe the pain I feel,” said Camryn.

On August 13 Landan was put in a medically induce coma and died in hospital six days later, from a reported brain injury.

UK Home Office tells frontline care worker to leave UK by the end of the...

FG Releases Names Of Companies In Charge Of NIN Enrolment