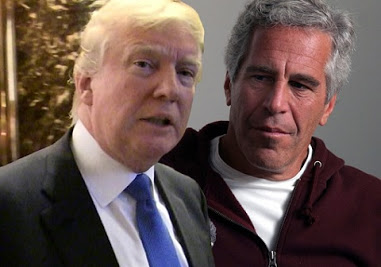 President Trump has suggested in an interview aired this week that multimillionaire s3x offender Jeffrey Epstein might have been killed while in federal custody — putting him at odds with his own attorney general and the New York City medical examiner, who have both said Epstein died of suicide.
In an interview with Axios on HBO, reporter Jonathan Swan asked Trump why he had recently offered well wishes to Ghislaine Maxwell, a former girlfriend of Epstein who was charged by federal prosecutors with recruiting and grooming underage girls for Epstein to abuse.
“Her friend or boyfriend was either killed or committed suicide in jail,” Trump responded. “She’s now in jail. Yeah, I wish her well. I’d wish you well. I’d wish a lot of people well. Good luck. Let them prove somebody was guilty.”
“So you’re saying you hope she doesn’t die in jail?” Swan sought to clarify. “Is that what you mean by ‘wish her well’?”
“Her boyfriend died in jail. And people are still trying to figure out how did it happen,” Trump said.
“Was it suicide? Was he killed? And I do wish her well. I’m not looking for anything bad for her.”

We Have Nothing To Do With Magu’s Ordeal – Danjuma, Abdulsalam Abubakar

New photos of Queen’s only daughter, Princess Anne as she celebrates her 70th birthday