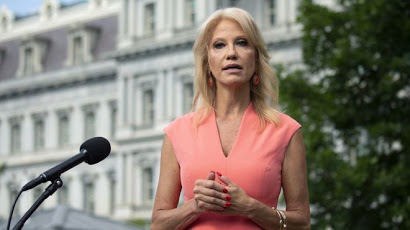 Kellyanne Conway has announced that she is resigning from her post as Senior Counsel to US President Donald Trump.

In a statement, Mrs Conway said she was stepping down at the end of August to focus on her children, giving them “less drama, more mama”.

Her husband George, an outspoken critic of the president, will also be stepping back from political activism.

She added that her decision was “completely my choice,” and that she would announce future plans “in time”.

Mrs Conway is scheduled to speak at the Republican National Convention later this week, but it is unclear if she will still do so in light of her decision to step down.

Canada reports zero Covid-19 deaths in a long while