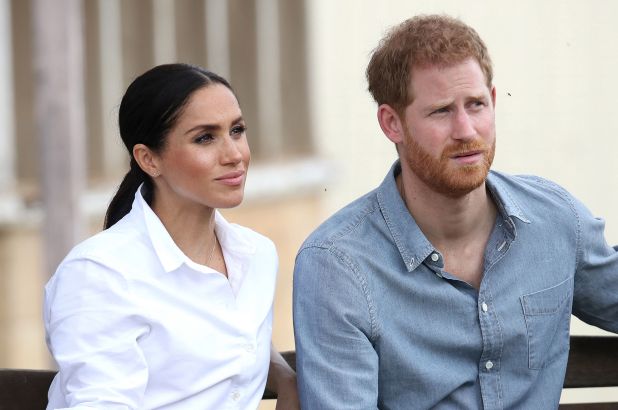 Just two years ago, he was spinning the decks at Frogmore House for Prince Harry and his new wife Meghan’s intimate wedding reception.

Now, DJ Fat Tony says it was “jealousy” that drove the couple out of the UK. Tony says: “It’s typical of the way we are in this country – we build people up and then try to destroy them.

“God forbid, they wanted to live their own life.

“I think it’s human nature to be jealous. We shoot things down that we don’t understand.

“And with Harry and Meghan, nobody understands what went on – it’s all speculation and they’ve never discussed it. So it’s, ‘let’s hate them’.”

At their wedding, Prince Harry, who it has been revealed had a secret Instagram account when he first met Meghan, complimented Tony – real name, Tony Marnach – on his social media persona.

Harry and Meghan, who briefly relocated to Canada at the start of the year, have now purchased an £11million estate in Santa Barbara, California, where they live with their one-year-old son Archie.

READ ALSO:   Jordyn Woods takes down her jeans to reveal her underwear in sexy new photos

Fat Tony, who also DJs for the Beckhams, is relieved to see Harry and Meghan happier.

He says: “If you’re doing something you don’t love and you’re not happy doing it, don’t do it. There’s always another option.”

State Of The Nation: Nigerians In America Write Buhari