Home Entertainment Rape allegations: United Nations denies D’banj as one of its ambassador 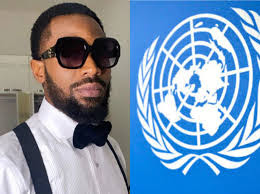 The United Nations (UN) has debunked the report that Nigerian musician, Oladapo Daniel Oyebanjo, better known as D’banj, who is accused of raping a woman named Seyitan Babatayo, is one of its ambassadors.

Director of Information at the United Nations Information Centre for Nigeria, Joseph Kayanja, stated this in an interview with the Punch Newspapers published on Wednesday.

This is contrary to the claim made by the singer’s team in 2012, hailing him as the first Nigerian to be appointed a UN Youth Ambassador.

Following the rape allegation, over 15,000 people have signed an online petition calling on the United Nations and other organizations to strip  D’Banj of his appointment.

The UN has now distanced itself from the singer, claiming that position was conferred on him by a UN youth association and not the organisation itself.

“I would like to confirm that the said Mr. Oladapo Oyebanjo aka D’Banj is NOT a UN Ambassador. The title was accorded to him by an obscure UN youth association which has nothing to do with the United Nations. I hope this clarifies,” the statement by Kayanja reads in part.

These Scientists Are Giving Themselves D.I.Y. Coronavirus Vaccines