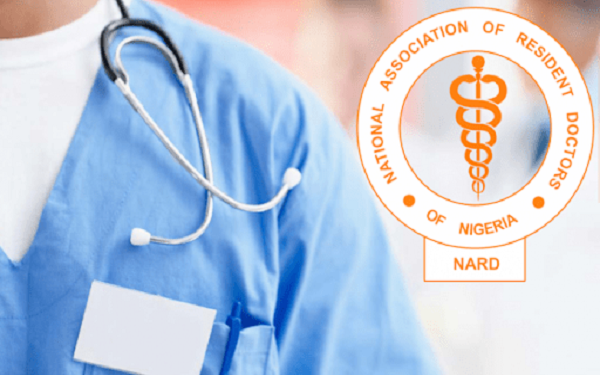 CityNews Nigeria reports that the National Association of Resident Doctors (NARD) has extended its strike ultimatum by two weeks to let the Federal and State governments to address the issues of welfare of their members across the country.

The extension is contained in a communiqué at the end of the association’s 41st Ordinary General Meeting (OGM) which held in Nnewi/Awka, Anambra, between May 25 and May 29.

The communiqué was release by Dr Uyilawa Okhuaihesuyi, National President of NARD, in the company of other members of the executive.

It said that the association would resume a total strike action if its demands remained unattended to at the end of the period.

It said that the strike was suspended following government’s promises as entailed in the Memorandum of Actions, signed at the instance of Minister of Labour, Dr Chris Ngige, on April 9.

It said that the delays in payment of members on the GIFMIS platform for over four months had caused hardships for NARD members and urged the Federal Government to expedite action toward migrating members to IPPIS.

NARD also expressed concerns about the conditions of their members in Abia and Imo who were currently owed salary arreas of 21 and seven months, respectively.

“While the OGM notes the willingness of government to migrate members from the GIFMIS to the IPPIS platform, we decry the lackluster behaviour exhibited by heads of government parastatal agencies to achieving this.

“Our members are still in agony because of these delays and some House Officers are still being owed up to two months salaries.

“The OGM notes with dismay, the stale attitude of the Governors of Abia and Imo states and their appointees toward addressing the issues of payment of salaries for 21 months and seven months respectively.”

NARD said that the national minimum wage consequential adjustment and salary shortfalls had not been paid and directed Chief Medical Directors to submit lists of affected institutions and personnel strength.

The OGM frowned at the delay by Federal Government in sorting out the irregularities, following the payment of the Medical Residency Training Fund (MRTF) 2020.

“We note that teaching hospitals are grossly understaffed, and this is necessitated by the ongoing deadly brain drain killing the nation’s health care system.

“After extensive deliberations on all the issues affecting the welfare of our members and insincerity of government in fulfilling their promises, the OGM unanimously resolved that our ultimatum be extended by two weeks.

“This will further give the Federal Government more time to resolve all issues, failure of which the association shall resume the suspended total and indefinite strike action, after critical appraisal in an emergency meeting.

“We are unequivocal in assuring members of the public that the NARD is committed to the smooth running of the health sector.

“However, we can only do so when our welfare is given the desired attention,” it added.

Politicians blackmailing me over 774,000 jobs – Keyamo cries out