Home News YORUBA R’ORI! WHY TINUBU IS THEIR MAIN TARGET 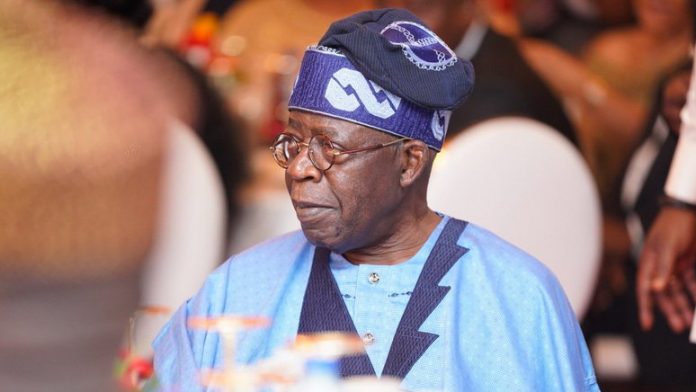 Like him or hate him, if they succeeded in breaking him, Yoruba nation’s political pillar has completely been broken.

Yoruba must start lending ourselves brains.

In the history of Yoruba nation, even when Yoruba man, OBJ, was ruling, there was no time Yoruba nation has better share in Nigerian government like this time.

Asiwaju stepped down as a governor of Lagos State since 2007. He had all chances to remain in the National office from then up till date, but instead, he keeps pushing others forward.

Today, the same Kanu and his boys will celebrate it if they succeeded in crippling our own political pillar. As at today, Yoruba nation remains the strongest political pillar in the entire Southern part of the country.

This privilege in Yorubaland is not because of Obasanjo, because we knew the position of Yoruba nation during his time. Because of Afenifere, they commercialized the entire Yoruba nation for their personal interest. It’s Asiwaju Bola Ahmed Tinubu’s personal sacrifice for the success of this present administration that led to the declarations of June 12. If you don’t know their target, they came in to kill him, if they succeeded in that, it will take the Yoruba nation another hundred years before we can get someone like him.

Today, Obasanjo is looking for all ways to become a political leader in Yorubaland. Let us ask him, when he was the president for eight years, he should tell us any development he brought to Yoruba nation.

Afenifere was completely behind and in support of Jonathan government but in Jonathan government, no Yoruba man or human was in any position from number one to eleventh position. But as at then, all Afenifere leaders became multi-millionaires across the Yorubaland.

Jonathan paid all the rights of Yoruba nation’s developmental projects to individuals and Yoruba groups and issued contracts of guarding oil pipelines to OPC led by Aare Gani Adam as at then.

Now, Asiwaju is trying to regulate and balance things for the rights of the entire Yorubas. Please, I’m not saying Asiwaju is a perfect man as Almighty God refused to make anyone perfect, but out of all in Yorubaland of today’s political arena, there’s no one like Tinubu.

The same Afenifere and PDP in the entire Southern part of the country know with Tinubu, they are going nowhere. That is why they are looking for every way to break him before 2023.

OBJ, Afenifere, and Aare Gani Adam should tell us what progress they have brought to the Yoruba nation before now, that they want to continue if our youths support them to bring him Asiwaju Bola Ahmed Tinubu down politically.

In Yorubaland, there’s a difference between Yoruba Ronu and Yoruba Rori.