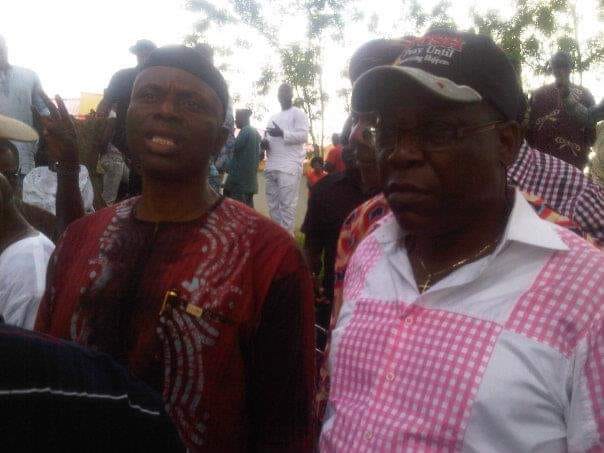 The letter reads; “Dear egin Iroko, I chose this medium because since your 2012 re-election as Governor of our state, in which I was part of the strategy team, we never met again until late last year at the wedding of the daughter of our mutual friend, Akin Oluwole, in Lagos.”

“After the 2012 election, we only spoke on phone once, when our fellow Ondo State compatriot, Bamidele Aturu passed away and I wanted Ondo State government to be part of the burial arrangements. The state government contributed N1 million and also assisted in providing security.”

“I deliberately stayed away from you and the government after the 2012 re-election, for you to concentrate on the job.”

“You turned the Labour party into a mass movement, to every nook and cranny of Ondo State. It was “Orange” everywhere.”

“Anyway, barely few months after your well-deserved victory, your popularity began to plummet. I really can’t put my finger on what was responsible. The situation was so bad that as a matter of fact, if the election Tribunal had asked for a re-run, you would have lost to the ACN or AD.”

“Then, out of the blues, before the 2015 election, you abandoned the highly popular Labour Party in Ondo State, to join the PDP. I think that was a miscalculation because the original PDP members resisted your re-entry and that had a collateral damage on the electoral fortunes of your governorship candidate, Eyitayo Jegede, SAN through the legal subterfuge of Jimoh Ibrahim.”

“I really don’t know how and when you fell out with Eyitayo but along the line, you again jumped ship, abandoned the PDP and landed in Zenith Labour Party, under which you contested Senatorial election and lost. I felt pained, I felt embarrassed, that the great Iroko, a former Commissioner, a former SSG, a former Minister and a former two-time governor could be so defeated in a mere Senatorial election! I felt bad. Since then, in the real sense, you have become like a political orphan. AD to PDP, to LABOUR to PDP to ZLP.”

“Don’t let your sycophants tell you otherwise, egin Iroko, you have become a paper tiger and that is the crux of this letter. I looked at you like someone who could re-invent a semblance of the Tinubu political sagacity in Ondo state but I got disappointed.”

“Irrespective of political disagreements with his political lieutenants, Tinubu has a way of producing other political leaders in Lagos. Egin Iroko, who are your political protégés in Ondo State? Which governor have you made? Which Minister or Federal Board member did you influence their appointments? I was disappointed when you ran for a Senate seat, instead of sponsoring someone else.”

“I know you as a decent and very cerebral person but your politics leaves much to be desired.”

“Now, the Ondo State Governorship election is at hand. To the best of my knowledge, for now, you are not supporting Eyitayo, your Attorney-General for Seven and a half years, neither are you supporting Aketi, your friend. Since the Deputy Governor, Agboola is likely to fly the flag of your Zenith Labour Party, I presume you would support him. Unfortunately, his ambition is dead on arrival. And when that happens, that may certainly eclipse your political career.”

“Your political “dynasty”, if any, has crumbled. Your support base has diminished but it can still be re-invented. Don’t be in self-denial because you know I will always tell you the truth but you can still re-invent yourself.”

“You need time to go to the “mountain” to restrategise. The outcome of the next governorship election would determine your continued relevance. I know you are a smart politician and know what to do. May God guide you right, egin. Wa da’igbo o. From your aburo, Richard Akinnola.”