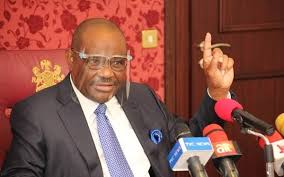 CityNews Nigeria reports that the Rivers State Government has declared one Genesis Miebaka (also known as Ikpaki) wanted for alleged criminal activities and harassment of contractors in the state.

In a statement issued yesterday, Commissioner for Information and Communications, Paulinus Nsirim, urged law enforcement agencies to arrest and prosecute the suspect immediately.

Recall  that youths had raised alarm on Tuesday over the alleged arrest of eight Rivers youth leaders who embarked on a peaceful protest against Julius Berger Nigeria Plc.

It was learned that the youth leaders had planned a protest over the company’s alleged neglect of its corporate social responsibility (CSR) and its alleged failure to comply with the state local content empowerment laws.

The group, under the aegis of Coalition of Rivers Youth Leaders and Organisations (CRYLO) alleged that assailants might have abducted its leaders and accused the Rivers State Government, following its statement on Monday in which it cautioned youths against embarking on any protests in the state against the construction company.

President of the group, Legborsi Yamaabana, said unidentified men in two black cars with tinted glasses accosted them and whisked away some of its members, stressing that citizens have the right to protest, especially under democratic governments.