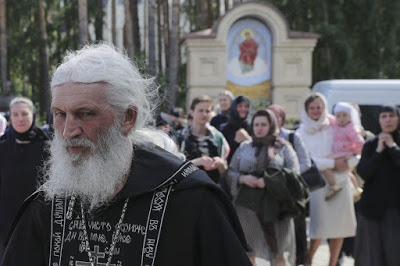 A controversial Russian priest has taken over a convent after claiming that the coronavirus pandemic was a hoax and church leaders were “working with the forerunners of the Anti-Christ”.

Father Sergei Romanov, together with a group of armed cossacks, began his occupation of the Sredneuralsk convent outside the city of Yekaterinburg on Tuesday.

The men are reportedly veterans of the conflict in Ukraine.

Journalists have been forbidden from entering the convent, but a reporter from Russian newspaper Novaya Gazeta managed to get past the guards and spoke to Father Sergei. 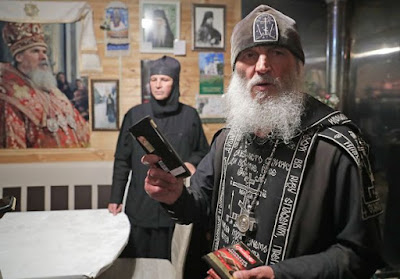 Father Sergei was a police officer before becoming a priest and spent 13 years in a prison colony after being convicted of murder – a conviction his followers dispute.

Father Sergei legally changed his name to Nikolai Romanov, in honour of the last Tsar of Russia. He’s regarded as the figurehead of a neo-royalist movement within the Russian church.

Speaking top a church court about the convent, Romanov said: “I will not leave the house of the mother of God.”

He added: “My heart is calm, my conscience does not reproach me. They, that is the clergy, Metropolitan Kirill, will have to take the monastery by storm.”

Police visited the site earlier this week but made no arrests. 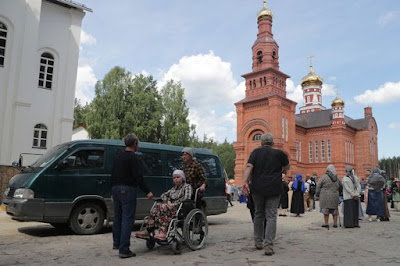 The priest, who has ministered to several Russian sports stars and politicians, has made a number of shockingly controversial pronouncements.

He has criticised laws against domestic violence and made antisemitic references in his sermons as well as describing the Covid-19 outbreak as a “pseudo-pandemic.”

Official figures put the number of confirmed cases of coronavirus in Russia at 568,292 and the death toll close to 8,000.

There are concerns Russia may be covering up the true death toll.

Dzhamaludin Gadzhiibragimov, the regional health minister in Dagestan, said in May while 29 people had officially died of Covid-19 in the southern region, there had been 657 people who are listed as having died from pneumonia.

“When this all blows over, I believe mortality figures will be in two camps: deaths specifically from Covid-19 and deaths of people who had the virus but weren’t killed by it,” said Andrei Chernyayev, the doctor who helped write the Moscow Health Department’s rules for classifying coronavirus deaths.

The diocese has called for calm and rescheduled Father Sergei’s next court hearing to 23 June.

“We call for prayers for him to regain his sense, so that he may use the time given to him until the next session of the ecclesiastical court for correction and repentance,” the diocese said in a statement.