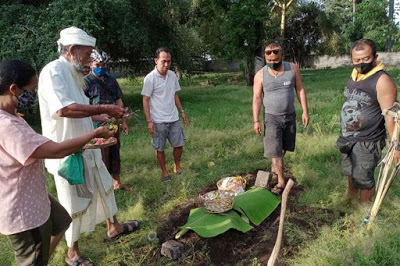 A teenage girl who suffocated and dumped her newborn baby faces up to seven years in prison, as police continue to search for the baby’s dad.

When the dead tot was discovered in Bali it was being dragged away by a giant monitor lizard, local reports say.

Officers also found a blood-stained cloth, a bloody sanitary pad, and the remains of a burned cardboard at the location where the baby was found.

Police say the 17-year-old suspect dumped the baby out of fear of being found out about her situation.

The girl – identified only as KF – apparently managed to hide the pregnancy from her family and didn’t want to keep the child, according to the coconuts.co news website.

Not long after giving birth, she reportedly wrapped the baby in material and smothered it, leaving it face down until it no longer moved. 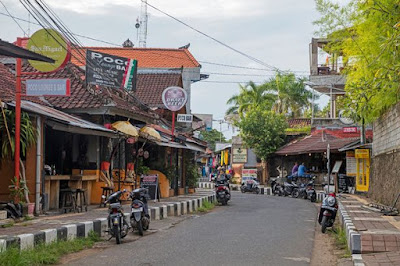 She then put the baby in a cardboard box and dumped it at the side of the road after a short ride, it is claimed.

The baby was abandoned in Gerokgak district and discovered by a local resident in early June as it was being dragged away by a monitor lizard.

COVID-19: This Is Most Unacceptable And Unreasonable, Re-open Churches Now – CAN tells state govs...