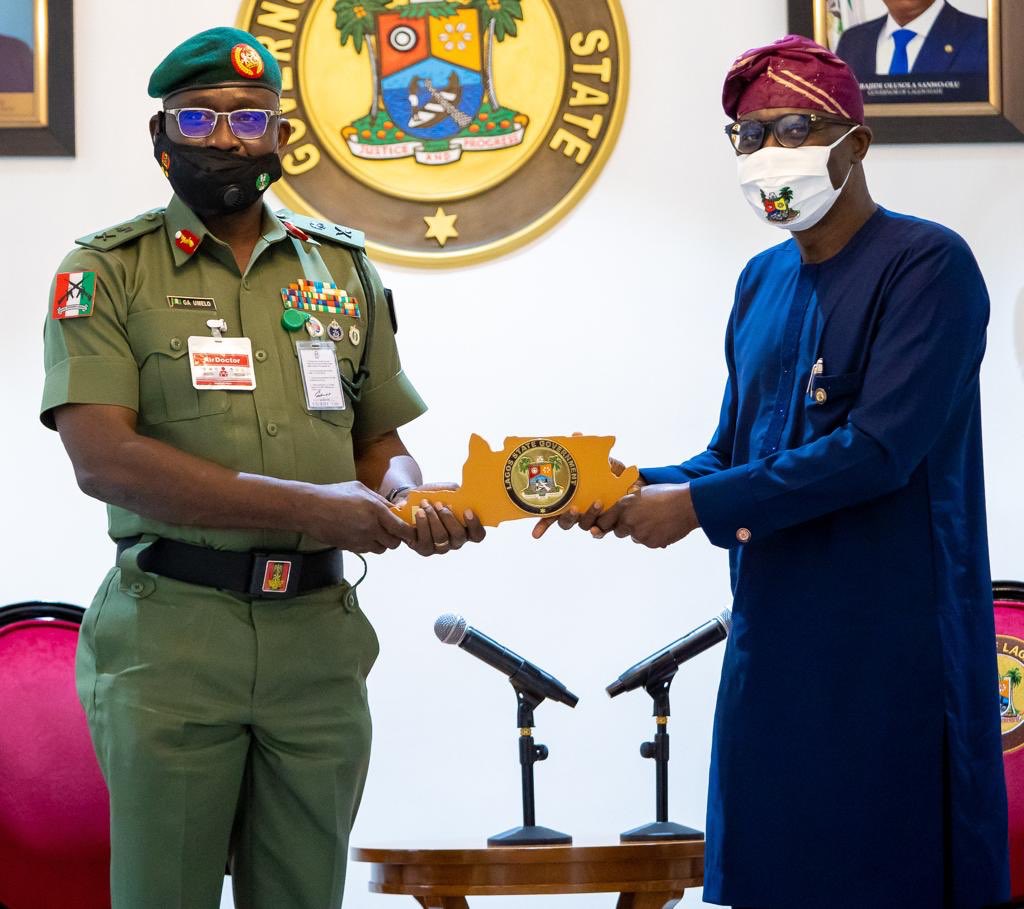 Speaking on Thursday when the new General Officer Commanding (GOC) 81 Division of the Nigerian Army, Lagos, Major-General Godwin Umelo, paid him a courtesy visit at the Lagos House, Marina, Governor Sanwo-Olu commended the role of the Nigerian Army in the security of lives and properties in the State.

“Lagos is peculiar and we have our own security needs. We are working with the Nigerian Army, Nigerian Navy, Nigerian Air Force, Nigerian Police and other security agencies to continue to ensure that Lagos is safe and secure for investors, visitors and residents of the state.

“The work is tough but we want to promise you that we will cooperate with you and support you like we supported your predecessor for you to be successful in your assignment as GOC of 81 Division of the Nigerian Army,” he said.

Governor Sanwo-Olu also commended the Chief of Army Staff, Lt. General Tukur Buratai, for the work he is doing in term of addressing security challenges in the country.

The governor who commended Major General Irefin’s role in the Lagos State Security Council, said the former GOC during his tenure proved to be a true officer and gentleman, adding that he was responsive to issues of security in Lagos State.

In his remark, Major-General Umelo promised more support to aid the security iof lives and properties of Lagosians, noting that Lagos State and Nigerian Army are partners in progress.

He also commended the governor for his support and assistance to the military in Lagos State.

Major General Umelo said the courtesy visit was necessary for him to be able to introduce and familiarise himself with Governor Sanwo-Olu.

Umelo took over from Irefin, who was redeployed to 6 Division, Nigerian Army, Port Harcourt, as the General Officer Commanding last month.

APC Crisis: Oshiomhole’s A Thug, He Shouldn’t Complain About His Removal – Junaid Mohammed