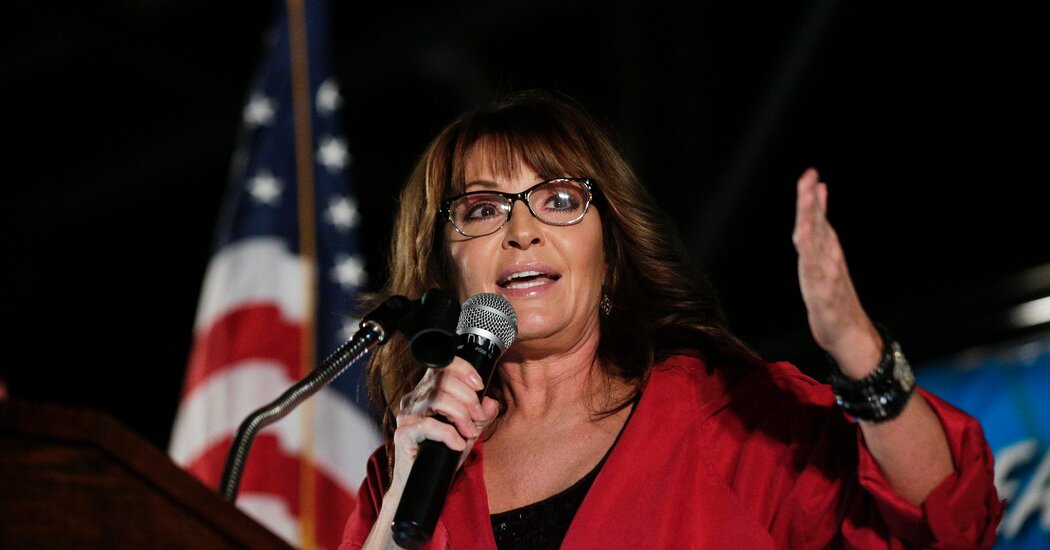 A federal judge said on Friday that there was enough evidence in Sarah Palin’s defamation lawsuit against The New York Times Company to send it to a jury trial, a victory for the former vice-presidential candidate and governor.

The suit, filed in June 2017, is centered on a Times editorial published that month under the headline “America’s Lethal Politics.”

In her complaint, Ms. Palin said the newspaper’s editorial board had wrongly and intentionally linked her to a 2011 mass shooting in which Gabrielle Giffords, a congresswoman from Arizona, was severely wounded and six people were killed. The Times issued a correction for the editorial two days after it was published.

The judge, Jed S. Rakoff of Federal District Court in Manhattan, dismissed Ms. Palin’s suit two months after it was filed, saying of the mistaken editorial: “Negligence this may be; but defamation of a public figure it plainly is not.” Last year, a three-judge panel overturned that decision and reinstated the case.

On Friday, weeks after lawyers for Ms. Palin and The Times made arguments at a hearing, Judge Rakoff denied a Times motion for summary judgment. In ordering the case to proceed, he said there was “sufficient evidence to allow a rational finder of fact to find actual malice by clear and convincing evidence.” He set a Feb. 1 trial date.

“We’re disappointed in the ruling but are confident we will prevail at trial when a jury hears the facts,” Danielle Rhoades Ha, a Times spokeswoman, said in a statement.

The editorial, as it was first published, argued that “the link to political incitement was clear” in the 2011 shooting. It also suggested a connection between a map circulated by Ms. Palin’s political action committee and the shooting. The map showed 20 targeted electoral districts held by Democrats, including Ms. Giffords’s seat, under stylized cross hairs.

In its correction, The Times said the editorial had “incorrectly stated that a link existed between political rhetoric and the 2011 shooting” and noted that it had “incorrectly described a map distributed by a political action committee before that shooting.”

The disputed material had been added to the editorial by James Bennet, the editorial page editor at the time. The outcome of the case rests on whether he behaved with “actual malice,” meaning that he knew what he wrote was false, or acted out of “reckless disregard” for the truth.

“The fact that Bennet and The Times were so quick to print a correction is, on the one hand, evidence that a jury might find corroborative of a lack of actual malice,” Judge Rakoff said in his ruling. At the same time, he added, a jury could conclude that The Times knowingly sought to assert a direct link where none existed.

Mr. Bennet resigned from The Times in June, after the publication of an Op-Ed by Senator Tom Cotton, Republican of Arkansas, that called for a military response to civic unrest in American cities. He resigned after many Times staff members were publicly critical of the piece and the publisher, A.G. Sulzberger, described “a significant breakdown in our editing processes.”