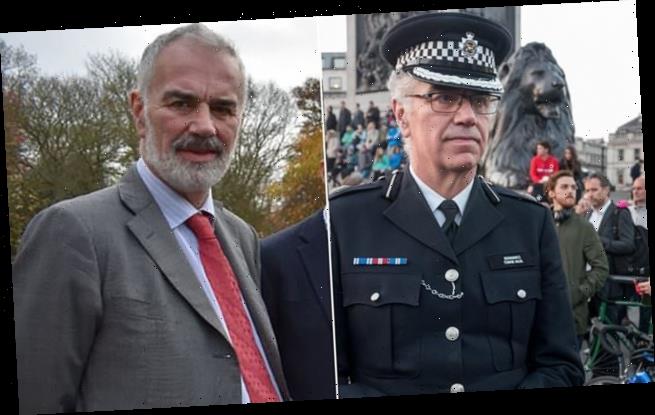 A Scotland Yard commander who led the force’s drug strategy and heads misconduct hearings has been suspended over allegations of drug misuse.

Commander Julian Bennett was secretly suspended last month following claims involving controlled drugs. It was reported that he was taken off duty after refusing to have a drug test following a tip-off about alleged substance abuse.

The veteran officer now faces an internal investigation by Scotland Yard’s directorate of professional standards, despite reports that part of his role in the force is acting as chairman in misconduct proceedings.

Nicknamed ‘Sacker,’ Mr. Bennett is well known for his stern rulings due to the number of officers kicked out of the force, having presided over hundreds of hearings since 2010, including some of the force’s most controversial investigations.

Yesterday Scotland Yard confirmed that a senior officer had been suspended after a referral to the police watchdog on July 22.

The Independent Office for Police Conduct said the matter had been assessed and referred back to the force for an internal investigation.

A Metropolitan Police spokesman said the force’s own probe is underway, adding: ‘The officer has been suspended from duty.’

The officer, who has been married three times, has served in a number of high profile roles since he joined the force in 1977.

Farmers Explain Why Nigeria May Be Heading For Famine