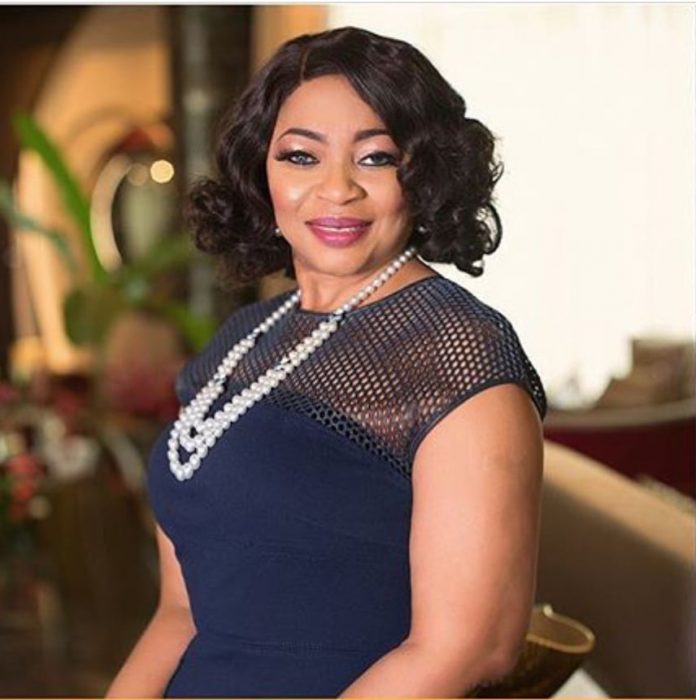 Over the years there have been many conspiracy theories and myths about Mrs Alakija’s story. Today we will explore all the verified information we have on the Nigerian fashion designer turned Oil Mogul.

Net worth (A little under $1bn)
Although Forbes pegged her net worth to be $1bn it also reported that it currently dropped below that figure this year due to lower oil prices. There are no longer any female billionaires (in dollars) in Africa as of January 2021.

The structure of her oil exploration company
Folorunsho Alakija is the Vice Chairperson of Famfa Oil Exploration Company. Famfa Limited was incorporated in September 1991 and was awarded the leasehold rights to OPL 216 on the 10th of August 1993.

Her husband, Modupe Alakija is the Chairperson of the company and her children, Dele Alakija and Ladi Alakija sit on the Board as well.

Famfa Oil’s main cash cow is the lucrative Agbami Oil Fields, one of the largest deepwater oil offshore discoveries in Nigeria, which the company believes will be active well beyond 2024.

Famfa Oil is a firm partner of other oil conglomerates in Nigeria. According to their mission statement, they work closely with Chevron and Petrobras. They also partner with a couple of indigenous oil companies in Nigeria.

Mrs Folorunsho Alakija, coming from humble means, has maintained a close relationship with the poor and striving in Nigeria. She appears to be a deeply religious woman who heads a thriving Christian organisation, The Rose of Sharon Ministry.

Her NGO, The Rose of Sharon Foundation (RoSF) is known to focus on alleviating the plights of the world’s most vulnerable people – widows and orphans by giving widows 0% interest loans to start-up their businesses. The RoSF has directly impacted the lives of more than 4,262 widows and 20,000 indirect family members in six (6) Geo-political zones of Nigeria.

What to know
Folorunsho Alakija joined the league of the wealthy when her first company, a fashion label began to service elite clients, the most notable of whom was the late wife of Nigeria’s former Head of State, General Ibrahim Babangida.

She is listed among the top 200 female executives by the Energy Council.

Fire will fall on anyone who closes churches again – Oyedepo warns