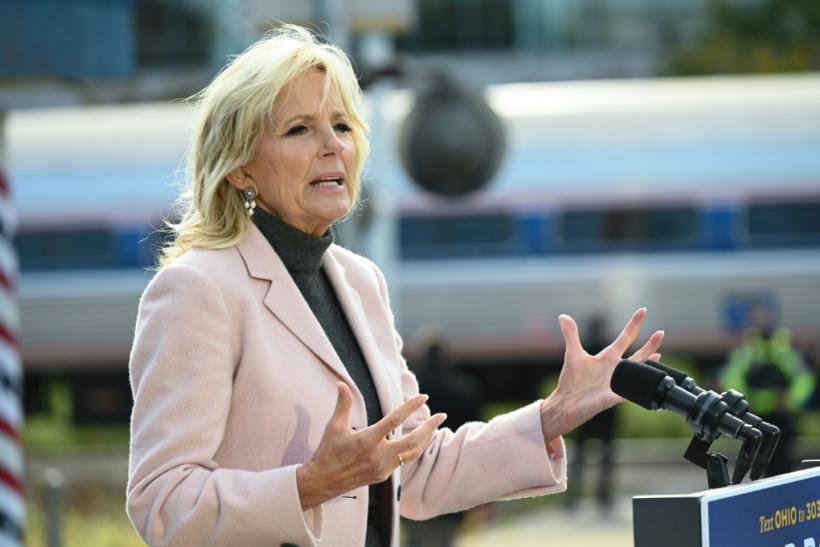 Together with California Gov. Gavin Newsom, Biden spoke to farmworkers on the grounds of The Forty Acres monument on the birthday of César Chavez. Aside from honoring the memory of the civil rights and labor leader, the first lady also highlighted the contributions of frontline workers and stressed the importance of the COVID-19 vaccination drive, USA Today reported.

However, what caught the eye of a number of social media users was Biden’s pronunciation of the words “¡Si Se Puede!,” which translates to “yes we can.” The phrase was used as a motto by Chavez and his United Farm Workers co-founder Dolores Huerta in the 1970s.

The FLOTUS pronounced the phrase correctly on separate occasions during her speech, Fox News noted. However, Biden still drew criticism on Twitter for her allegedly wrong pronunciation of the words in some instances, with some mocking her botched attempt at speaking Spanish.

“Seriously, Jill; do us all a favor and don’t attempt things waaay beyond you’re ability: like 8th grade Spanish. Too embarrassing for everyone,” one tweeted.

“@PressSec sise pwodway? get Jill Biden help on her Spanish. that was downright embarrassing,” a second netizen added.

However, many Twitter users also defended Biden, with some saying her mistake wasn’t really a big deal while others showered her with love and support.

“its a hilariously big deal and I’m gonna be laughing at it for a while,” a third user added.

“I love our First Lady Dr. Jill Biden!  So very much!” a second person wrote.

Wrote another, “Thank you beautiful First Lady Dr Jill Biden America loves you. I am Australian and I love you and truly look up to you!”

“We love and respect our First Lady Dr. Jill Biden. She loves her husband, no Oppurtunist there,” another wrote.

FG Yet To React As Petrol Pump Price Jumps To N212