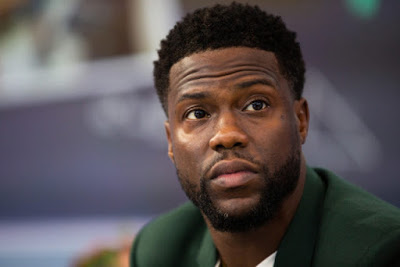 Hart, 41 revealed this over the weekend while performing at the latest iteration of Dave Chappelle’s An Intimate Socially Distanced Affair show in Yellow Springs, Ohio.

According to Hart, he had the virus at around the time Tom Hanks had it. Hanks and wife Rita Wilson revealed they tested positive for COVID-19 on March 11:

“The problem is that I had it around the same time as Tom Hanks, and I couldn’t say anything because he’s more famous than I am,” Hart said.

Page Six reports that Chappelle has spent $100,000 on coronavirus rapid testing for attendees of the outdoor shows he’s held this summer, with other performers including Donnell Rawlings, Bill Burr, Michelle Wolf, Questlove and Tobe Nwigwe.

READ ALSO:   BBNaijaLockDown: ‘I spend 300k on my skin every month’ – Erica says

Hart survived the virus less than a year after he broke his back in a September 1, 2019 car crash in Malibu Hills, California. The Jumanji star suffered physical injuries in the accident that required him to have three areas of his spine fused together in emergency surgery which was followed by a rigorous rehabilitation program.