Home Politics Sheik Gumi: Obasanjo Is A Disgrace To The Yoruba Nation – Oduduwa... 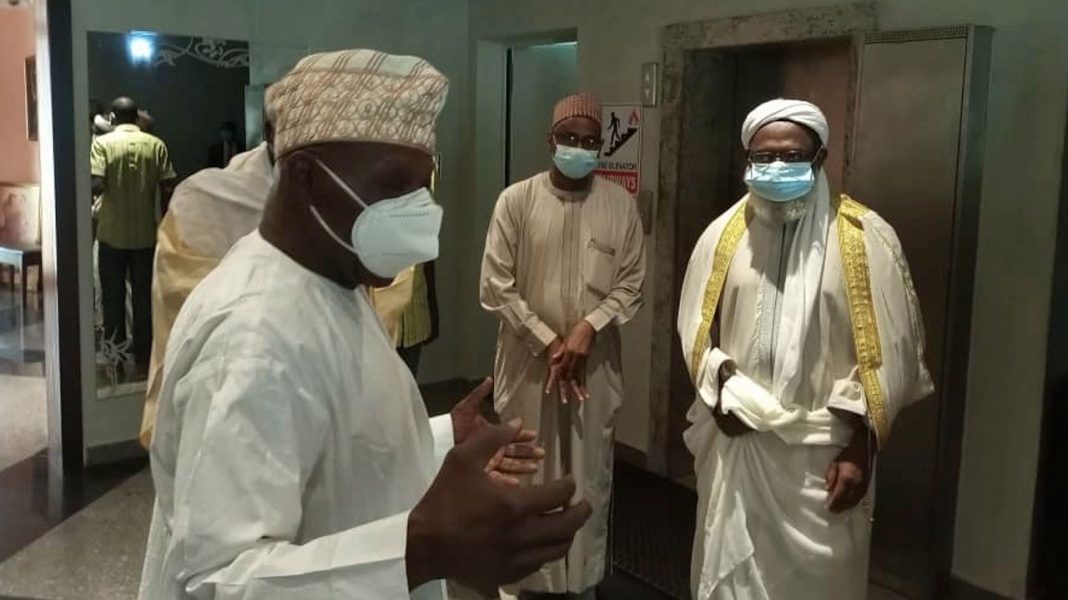 Recall that City News Nigeria had reported earlier that Sheikh Gumi led some Northern leaders to Obasanjo’s residence to host a closed-door meeting at his Presidential Library in Abeokuta, the capital city of Ogun State.

Reacting to the report, the Yoruba National agitators in a post on its Twitter page on Monday morning, April 5 said Obasanjo is a disgrace to his generation if the report of meeting with Gumi whom they described as Fulani terrorist is true.

The group, however, said they wish the Peoples Democratic Chieftain long life to witness the birth of the Oduwa Republic, adding that he has their permission to relocate to the Arewa Republic.

The tweet read thus: “Obasanjo is reported to have met with the Fulani terrorist called Sheikh Gumi. If it is true then Obasanjo is a disgrace to his generation. We wish him long life so he can see the birth of the Oduduwa Republic. He has our permission to relocate to the Arewa Republic.”