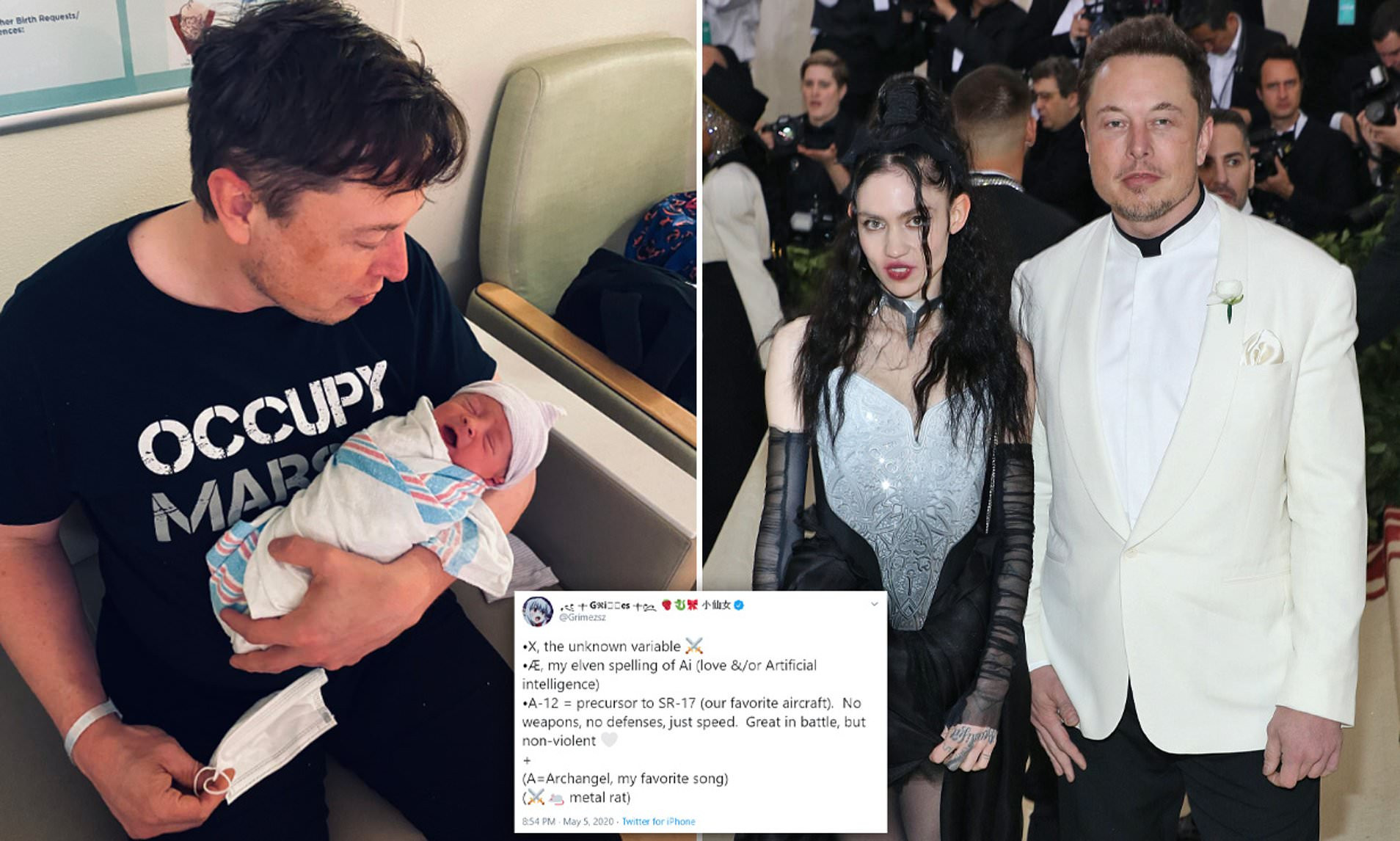 Canadian singer, Gimes has confirmed that she and partner Elon Musk have named their newborn son, X Æ A-12.

The 32-year-old singer, who gave birth to couple’s first child on Monday, took to Twitter to reveal the meaning of their son’s bizarre name.

‘Æ is the the Elven spelling of of Ai (love &/or Artificial intelligence),’ she stated.

The final symbol in the name, Grimes explained, is a reference the A-12 aircraft built for the CIA in the 1960s.

‘A-12 = precursor to SR-17 (our favorite aircraft). No weapons, no defenses, just speed. Great in battle, but non-violent,’ the star stated.

Grimes also added that A additionally stands for ‘Archangel’, ‘her favorite song’. 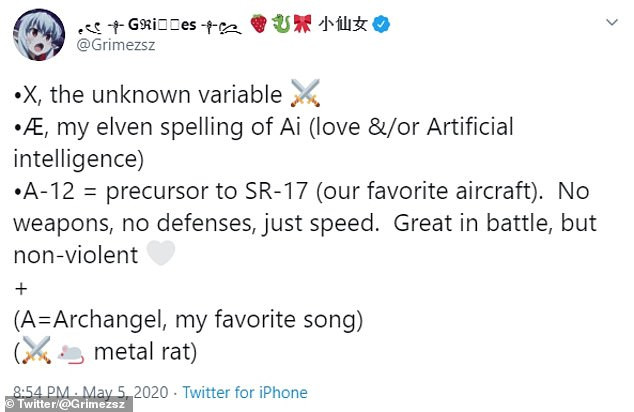 Tesla CEO Elon Musk, 48, announced the birth of X Æ A-12 on Tuesday. He shared a photo of himself holding the newborn in his arms, and wrote: ‘Mom and baby all good’.

The child is the tech giant’s 6th son.