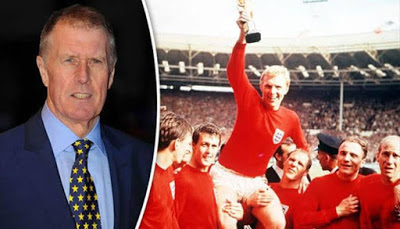 Sir Geoff Hurst has offered to donate his own brain for dementia research after watching 1966 team mates die in an “unbelievably brutal” year.

Former England striker Hurst is one of only four members of the World Cup winning team still alive and admits he has been left deeply “shocked and saddened” to see his friends and team mates pass away down the years.

Hurst believes more must be done to combat dementia and Alzheimers disease which has been closely associated with heading footballs and the deaths of former England players like Martin Peters, Ray Wilson and ex-West Brom striker Jeff Astle.

West Ham legend Hurst says there should be a ban on kids being allowed to head footballs at too young an age while he also says he would also be willing to play his part after his own death if it helps research on the impact of heading footballs.

When asked whether he would donate his own brain, Hurst said: “Yes, absolutely. Jeff Astle has done it of course through his daughter Dawn and looking at that and someone else doing that is good.

“I’ve never been asked that question before and my straight answer is yes if it helps. If I could help, families who have people die and donate their organs, I think that’s a fantastic thing for other people.

“So if I could help in that way, I would discuss it with my wife and she would have no objections to me doing. The straightforward answer would be yes.”