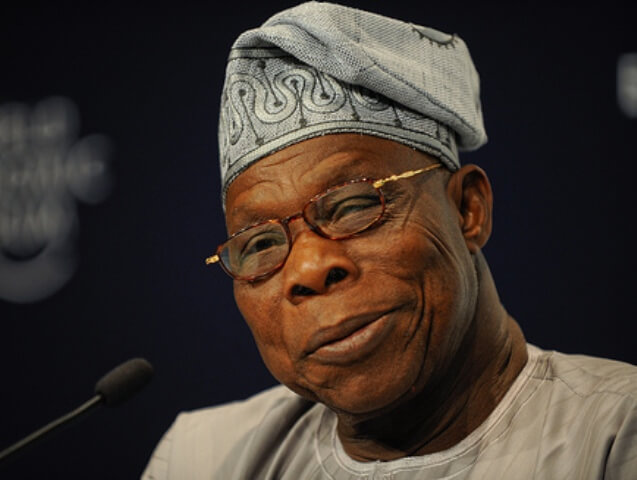 Following the controversy that trailed his inclusion as one of the speakers at the 60th Virtual Annual General Conference of the Nigerian Bar Association, former President Olusegun Obasanjo during the week, boycotted the conference with the theme, ‘Step Forward’.

The just-concluded NBA conference generated heated controversy when thousands of lawyers signed a petition for the NBA to remove Kaduna State Governor, Nasir el-Rufai, from the list of speakers due to his government’s failure to stop the killings in Southern Kaduna, and his alleged human rights record.

Bowing to pressure, the NBA tweeted its decision, “The National Executive Committee of the Nigerian Bar Association at its ongoing meeting resolves that the invitation to the Kaduna State Governor, H.E. Nasir el-Rufai by the 2020 Annual General Conference Planning committee be withdrawn and decision communicated to the governor.”

However, the disinvitation of el-Rufai sparked outrage with the Muslim Lawyers’ Association of Nigeria asking the NBA to remove Obasanjo and Rivers State Governor, Nyesom Wike, from the list of speakers at the conference.

MULAN President, Ibrahim Abikan, had said his association objected to having Obasanjo and Wike as speakers at the conference because they were allegedly guilty of the same allegations filed against el-Rufai.

“We insist that if any standard is set for withdrawing el-Rufai, the same should apply to other speakers too.

“El-Rufai is a public officer and any other person who has the same record of allegations of human rights abuses should also be disqualified. We expect that the same standard should apply to Obasanjo and Wike,” Abikan, a Professor of Law at the University of Ilorin, said.

Our correspondent observed that while other speakers including Vice-President Yemi Osinbajo and House of Representatives Speaker, Femi Gbajabiamila, spoke at the conference, Obasanjo did not, while Wike sent a representative.

READ ALSO:   Edo 2020: Obaseki Drags Tinubu, Reveals What Lagosians Should Do To Him After September 19

“I can confirm to you that former President Olusegun Obasanjo did not speak at the conference while Governor Nyesom Wike sent his SSG to represent him.”

Also, Obasanjo’s Special Assistant on Media, Kehinde Akinyemi, told our correspondent in a telephone interview on Saturday that the former military head of state did not attend or speak at the conference.

“Former President Olusegun Obasanjo was obviously not at the conference but I don’t know why he did not attend the event,” Akinyemi said.

But a top source among the conference planning committee told our correspondent that Obasanjo was advised by the organisers not to attend the event due to the controversy that his inclusion generated.

Russia: Cult leader who claims to be Jesus arrested by security forces

What A Beauty! Albino sisters dazzle web users with their stunning photos