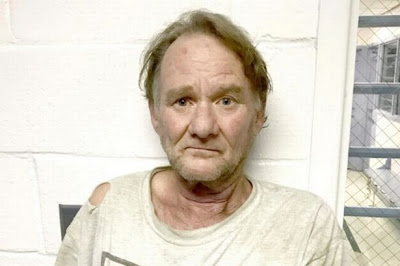 A man has been charged with murder after allegedly battering his much younger wife with a hammer and smothering her baby after discovering he was not the father.

Dennis Chambers, 60, was arrested in relation to the savage attack on Corena Chambers, 24, and death of her five-month-old baby – who was suffocated with a burping cloth, according to police in Virginia.

The Gloucester County Sheriff’s Office found the child’s body and the severely injured woman at the family home on Wednesday afternoon while undertaking a welfare check, according to a criminal complaint seen by WVEC.

The lifeless body of the young baby was also found at the scene.

Police had initially appealed for help in finding the young mum and her infant, after they were reported as missing.

The complaint said Corena had been partly buried under numerous items and had lost significant amounts of blood.

Police were searching for a 2010 Volkswagen Beetle in their search for Chambers.

Cops announced on Wednesday they had taken him into custody before releasing a statement saying they had charged him with second-degree murder in the death of a female infant, and also charged him with maliciously causing bodily injury to his wife with the intent to maim, disfigure, or kill.

Police said they found the woman “had been having several extramarital relationships with various men.”

According to court documents, Chambers admitted he hit Corena in the head “between two and three times,”  WAVY-TV  reported.

He also allegedly told police he had suffocated the baby with a burping cloth.

Police said the mother remains in hospital in a “critical but stable condition”.