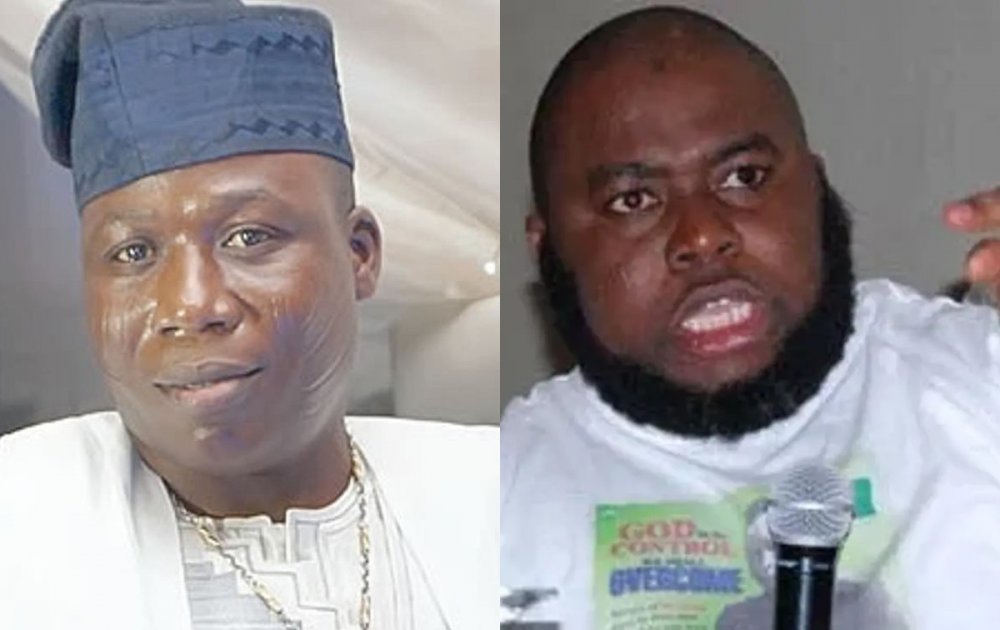 For a few crazy weeks between February and March, the Southwest was in an uproar over the separatist predilections of a number of south-westerners, chief among whom was Sunday Adeyemo, alias Sunday Igboho, a 48-yeare-old charismatic Oyo State indigene whose determination to free the Yoruba from herdsmen attacks quickly metamorphosed, over a few months, to outright campaign for secession. But by late March, the tempo of his campaign and the fiery rhetoric associated with it had begun to wane, regardless of the sustained ardour of some of his associates. Noticing that his campaign against rampaging and murderous herdsmen in the forests of the Southwest was extremely popular, but failing to properly decipher what that popularity meant or how limited it was in scope, he brazenly declared Yoruba secession.

Had Mr Igboho judged the campaign well, and sensibly and accurately approximated the intentions of the Yoruba whom he claimed to represent, he would have restricted his campaign, limited it to neutralizing the murderous campaign of herdsmen in Yoruba forests, and restricted himself to publicizing the damage the chaos in the region was causing farmers. Instead, encouraged by the waffling of the new Afenifere leader, Ayo Adebanjo, and perhaps mystified by the complexity of the campaign for Yoruba self-determination by Banji Akintoye, a professor of History, Mr Igboho simply went ballistic and began to set dates for Yoruba secession from Nigeria. He was not discomfited by the lack of regional consensus on the matter, nor the coolness, bordering on indifference, of the Yoruba who could not make up their minds whether the provocations in Nigeria had reached boiling point needing their resolve to secede.

Mr Igboho has been pilloried in the media for his brashness and presumptuousness, but it is doubtful whether he is as malevolent as his traducers paint him. He has a passionate heart, and his intentions are nothing but noble, especially set against the intolerable audaciousness of rampaging herdsmen who have exposed the pathetic helplessness of many Southwest communities engaged in hand-wringing as their farms are turned into death traps and no-go areas. Even the governors of the region have dithered badly as they hemmed and hawed over the herdsmen raids. It was such spinelessness, not to talk of the cobbling together of a considerably attenuated Amotekun community policing organ, that produced Mr Igboho and his fiery associates. They were merely filling a vacuum left dangerously open by indecisive Southwest leaders and governors, especially in the face of more cohesive, outspoken and provocative core North leaders and governors.

The insults leveled against Mr Igboho are excessive and uncharitable. He represents a noble cause, to wit the defence of the region’s farms, people and lands, and he shows true grit in risking his life to walk his talk, which is more than can be said for many of his accusers. There is also no doubting the passion and commitment of Mr Igboho. His problem, however, is the same crisis and dilemma bedeviling the Southeast in their dealings with Nnamdi Kanu and his Indigenous Peoples of Biafra (IPOB). To lead a people to freedom, as Mr Igboho desires, must be premised first on their consensus, and then secondly on their conclusion that there was no other way to deal with a cause they had admittedly judged as hopeless. Not only are the Yoruba unconvinced that the case of herdsmen rampage is hopeless, they have so far been unable to come to an agreement that secession, if it comes to that, is a commensurate and proportionate response.

The Yoruba whom Mr Igboho claims to represent know that the unduly parochial and nepotistic President Muhammadu Buhari, whose connivance herdsmen seemed to have second-guessed and acted upon to cause havoc everywhere, has just about two years more in the presidency. They know that after him, there will likely be no one quite as insular as he, just as there perhaps was none before him. They know that President Buhari’s nepotism is probably innate and has harmed many in the North as it has unnerved many in the South. They hope that in the years to come, Nigeria will be led by sensible politicians who will not allow their presidency to be hijacked, and who will drive sensible bargains in their political parties as well as build bridges across ethnic divides, especially given how terribly harmful the Buhari administration’s methods have been. On account of this hope, the Yoruba were wary of Mr Igboho’s brusqueness as well as disinterest in compromise. Even Chief Adebanjo and Prof. Akintoye suspected that Mr Igboho had probably overreached himself, and they have, therefore, hedged their bets and quibbled about their self-determination desires for the Yoruba.

More worrisomely, the Southwest flinched when Mr Igboho and his cohorts began to threaten and abuse those who either didn’t agree with their goals or hesitated about the goal of secession. An Oba was insulted as a quisling, and another threatened with death and arson. Southwest political leaders who differed from them were also derided in unprintable language. And when it became known that Mr Igboho himself was for a long time an enforcer for the Peoples Democratic Party (PDP), passions began to cool in many quarters, and some south-westerners began to wonder whether the whole gambit was not about some indirect kind of regime change in the Southwest.

But what really clinched the argument for the anti-Igboho campaign and doomed the secession bid was that the Yoruba immediately sensed from Mr Igboho’s rhetoric that, like IPOB’s Mr Kanu, he lacked the depth and judgement to take the Yoruba out of Nigeria. The separatists had not yet organized a successful secession, but they were already threatening to murder and destroy any opposition to their goals. Lacking in sophistication, and carrying the deadweight of poor education, it was not surprising that their loathsome methods could not match their noble objectives. Indeed, some have surmised that the separatists would be a disaster far in excess to what the Yoruba were experiencing in Nigeria. If the Yoruba must secede, they would want to be led by people whom they can trust, men of deep learning, sound judgement, ennobling democratic credentials, and incomparable personality – leaders in every way.

Mr Igboho and his associates may have doomed their campaign by their irrationality, temper and excesses, but the country must not think that is the end of the story. The atrocities which the Igboho group rail against have not abated, and the contradictions, insularity and chaos that fuelled their protest movement are still incandescent. If little or nothing is done to tackle these problems, it is a question of time before better and competent leaders begin to spearhead more dangerous and unstoppable rebellions, not just in the Southwest, but elsewhere. For as it is clear to everyone, the Buhari administration shares a big part of the blame for the centrifugal forces unleashed on the country, and the chaos and divisions that have inundated all the geopolitical zones. Mr Igboho is not the problem; he is just a misfit response to a problem whose complexities and many dimensions have proved to be beyond his ken.

The secession bids in the south are doubtless waning, but the Buhari administration, famous for its lack of judgement and inclusive governance, seem prepared to stoke them all over again, snatching defeat from the jaws of victory. The police have extended a needless invitation to Mr Igboho, a ploy the aspiring separatist leader has interpreted as a move to incarcerate and neutralize him. He has ardent followers, many of them angry and dispirited. At the moment, however, they are confused by the unwillingness of the Yoruba to rally behind what they think is a noble undertaking. By turning Mr Igboho into a cause célèbre, which is what the heedless police invitation is doing, it will give his edgy supporters a cause to fight, and a grudge to mind and possibly avenge should harm come to him.

Speaking at the Bola Tinubu colloquium last week, President Buhari had gloated over his participation in the civil war, and spoken even more glowingly of the indispensability of peace and unity. His mindset is that the Igbohos and Kanus who deviate from his position on unity instantly become public enemy, far more dangerous than the thousands of bandits and insurgents wreaking havoc on the Northwest and Northeast. But by cuddling murderous herdsmen, who are described as one of the world’s most dangerous terrorists, the president has been adjudged by some Yoruba leaders as clearly a separatist leader himself. That conclusion permeates and energises the ranks of Mr Igboho’s supporters, and they may see the government’s bid to neutralize him as a call to arms.

It is of course possible that the bid to neutralize Mr Igboho may ultimately achieve some headway if the government speedily and ingeniously rolls out its arsenal. However, that will not be the end of a matter that has deep roots watered by the government’s perpetration of injustice. His sympathizers will neither abandon him nor betray the cause. They will probably intensify their rebellion, and possibly embrace more forceful methods of ventilating their grievances. The Yoruba who have largely been indifferent to Mr Igboho, and have seen him as a fringe actor, and his cause as inchoate and precipitate, may gradually but reluctantly rally to his side in spite of themselves. Mr Igboho by all accounts was already imploding; the Buhari administration is foolishly extending a lifeline to him, and worse, even canonizing him. This column had long doubted the capacity of the Buhari administration to govern and hold the country together. It receives poor advice from incompetent aides, and it proceeds undisguisedly as an administration dedicated to the cause of the core North and audacious herdsmen. Its approach to the Igboho saga is one more proof that the administration receives poor advice and has no pretext to be called a national government, despite mouthing the catchphrase of unity and peace.

It is hard to explain why the Buhari administration is reluctant to let sleeping dogs lie. Its policies and methods have provoked the country into disunity and extreme divisiveness. If it cannot resolve the country’s national question, but has indeed exacerbated it, it should not now compound it by noisily proclaiming its preference for strong-arm tactics against those protesting the government’s parochialism, preferential treatment to herdsmen who admit exacting vengeance on their enemies, and lack of inclusiveness. Mr Igboho is a symptom of a terrible underlying problem, much of it provoked by the Buhari administration. It would be disingenuous and dishonest to cast the aspiring separatist advocate as that underlying problem.

It is indeed hardly surprising that in his six eventful and cataclysmic years in office, President Buhari has said nothing and done little to show that he understands the complexities of Nigeria’s existential problem, not to talk of what obnoxious role his government has played in deepening the crisis that had been building for decades. Given his government’s attitude to the grievances coalescing around the undeserving and grandiloquent Mr Kanu in the Southeast, and his handling of the new Igboho conundrum, not to say his indulgent treatment of herdsmen and bandits, there is little confidence that the president will give the country a reasonable explanation for the troubles, nay war, exploding all over the nation.

Kenyan police held after dragging woman behind motorbike, whipping her