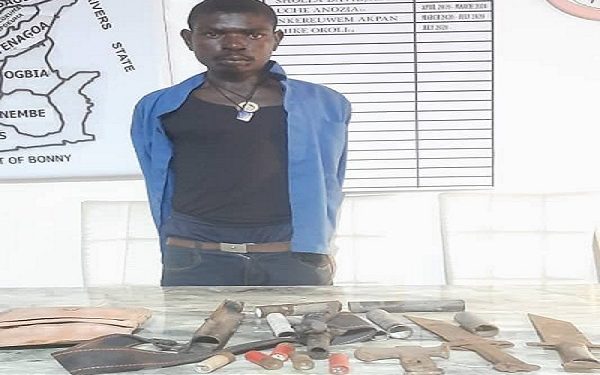 The police in a statement by command’ spokesman,  Asinim Butswat, said that the suspect was arrested following a tip-off.

He said the suspect from Agudama-Epie, Yenagoa, confessed to be a member of Bobos cult group.

He stated that the suspect had produced and sold several locally-made guns to cultists and armed robbers in the state.

Butswat said detectives are on the trail of some of the cultists who bought locally-made arms from him.