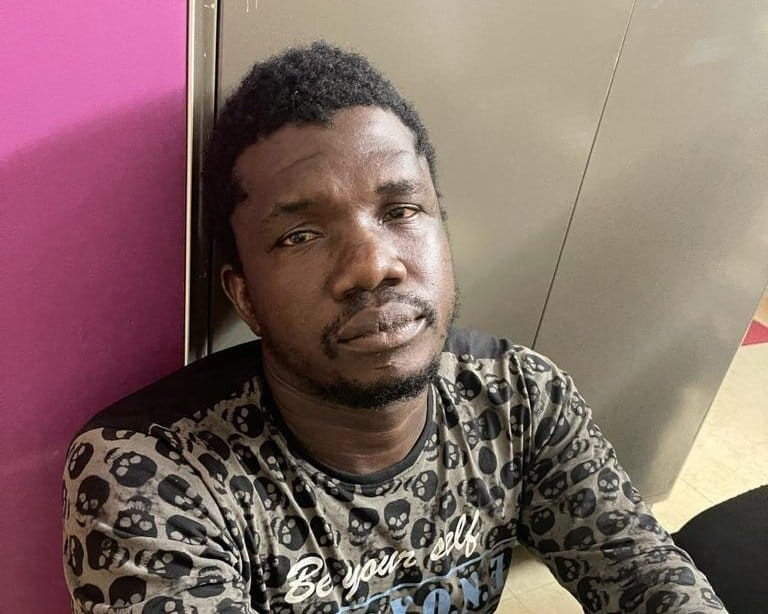 Suspected Nigerian drug baron,”Tiger Mustafa” has been arrested in India after two days on the run.

The accused was arrested on Sunday night, May 2, by a joint team of NCB and Anjuna police. He had managed to flee during a narcotics raid conducted on April 30.

A senior NCB official said that the accused was on the run since a café at Arambol beach in North Goa was raided and various drugs seized.

READ ALSO:   Breaking: See Why Fox News Was Slapped With $1.6B Lawsuit

“Tiger Mustafa was arrested from Anjuna on Sunday by a joint team of local police and NCB,” a senior NCB official said.

The NCB also arrested one Cajitan Fernandes who was providing shelter to Mustafa when he was on the run since the raid was conducted.

On Friday, April 30, on the basis of intelligence developed by NCB Mumbai, the teams of NCB Mumbai and Goa had raided one place namely Negi Café, opposite Arambol Beach in North Goa. 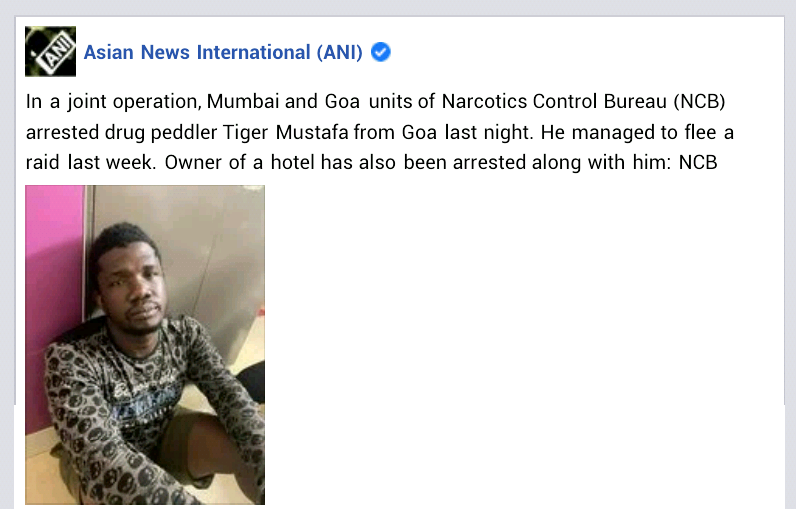 NCB official said that during the raid, 58 grams of Amphetamine, 15 blots of LSD, Cocaine, Mephedrone, Heroin, Ecstacy, MDMA was seized.

“This drug syndicate was being operated by one suspect, Mustafa alias Tiger, a Nigerian national. Further, the caretaker of Negi Cafe, Ranbir Singh has been placed under arrest. NCB Goa has summoned the shack owner for further iinvestigation.” said Sameer Wankhede, Zonal director, NCB.