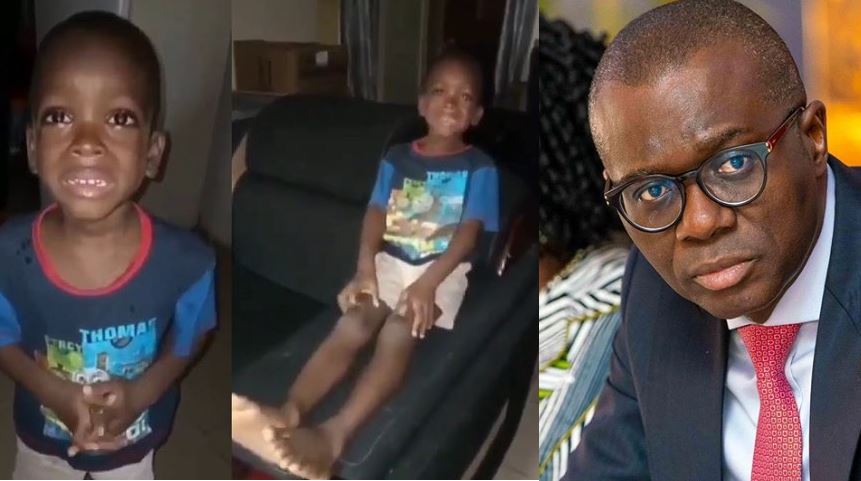 Lagos state governor has again been called to order over his celebration of the sensational boy in the ‘mummy calm down’ video which went viral about two weeks ago,City News reports.

Reacting to the said video,a Lagos lawyer, Mr Abiodun Tugbiyele during yesterday’s ‘Sunrise Daily’ show on Channels TV (whilst examining the content and fallouts of the video) openly berated the governor and whoever might have celebrated the boy in the video as an accomplice in the very act of child abuse.

Speaking during the programme, the legal practitioner says ”the child has been mocked in the public,there’s nothing to be celebrated in the video.We need to watch that child.The governor should actually call the mum and reprimand her. I don’t know why we celebrate crime in this country”.

Speaking further, Tugbiyele calls the act of shooting and making the video go viral as an invasion of the child’s right and privacy. You have to respect the rights of children as you  heap adulation on him. You made an accusation charges against the child in the said video and you circulated it.Why?

Speaking on the contrary during the pprogramme, a former Vice-President of the Nigerian Bar Association(NBA), Mr. Monday Ubani averred and said the boy in the video should be celebrated for marshaling his way out of trouble via his sound negotiating skills and sheer brilliance.

However, a former aide to ex-President Goodluck Jonathan, Lauretta Onochie has openly criticized the video in the strongest terms possible as it affects the rights of the child.Onochie pointed out the said video is a clear case of child abuse.  She says that in saner climes, the child would’ve been in the care of social services and the mother charged City News recall that Sanwo-Olu had expressed the wish to meet with the boy for passing a vital message to Lagosians,nay Nigerians to exercise patience in whatever they do – but child rights experts say the message is lost because of it’s predicated upon.

The State Chief Executive went further Lagos State Governor to say the boy in a viral video begging his mother to calm down while punishing him for an offence he committed inspired his special Sallah message to the good people of Lagos State because of the deeper meaning it conveys.

The Governor’s action is clearly a gross violation of the Nigerian child’s right act of 2003 and 2015 (especially right to private life) and clearly negates his position as the Chief Executive of the state.

BREAKING: Twitter Announces Ghana As Its Headquarters For Africa Operations