Home News The fact you elected a President doesn’t mean you can order him... 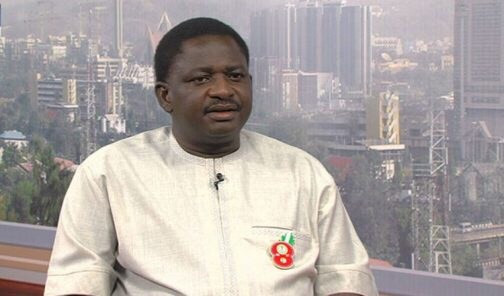 Femi Adesina has said the fact that Nigerians elected a president doesn’t mean they have to order the President around. He said this when he appeared on Nigeria Info FM today May 5.

He made the statement while responding to a caller, Mr Ibikunle, who asked him to ensure President Buhari holds a media chat with men of the Nigerian press.

It doesn’t happen. The fact that you have elected a man does not mean then you begin to order him around. The President will do what is good for the country at any given time”he said

Watch the video below

Ighalo’s wife, Sonia cuss out every Nigerian who littered negativity about her marriage