Home News There’ll be war in the south if a northerner succeeds Buhari –... 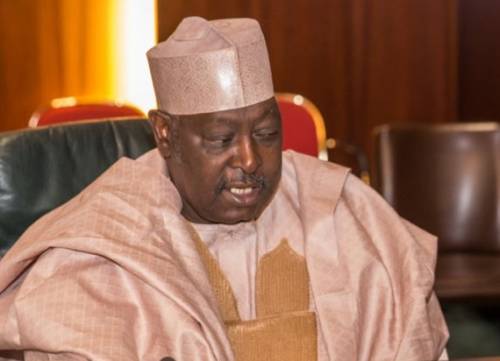 A former Secretary to the Government of the Federation (SGF), Babachir Lawal, has said the Southern part of Nigeria may rise up in arms if another northerner succeeds President Muhammadu Buhari in 2023.

According to him, as Nigerians gradually approach the 2023 general elections, deliberate actions that can lead to crisis should be avoided.

Speaking in an interview with a national Daily, Babachir also said even though President cannot appoint his successor, he should be interested in who succeeds him so that his legacies in office can be preserved.

“I recently granted an interview where I said the 2023 presidency should go to the South. I say so because you need an environment that is peaceful. We don’t want a crisis created by avoidable, deliberate actions”.

“ I can imagine a Northerner becoming President again for the next 8 years. The South will definitely rise up in arms. The environment we live and the perception of everyone is important. Nigerians believe that if their man is there, they stand a chance of getting it” he said.

Dangote’s $2 Billion Fertiliser Plant To Be Ready By 2021