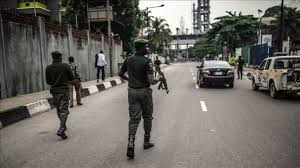 Three people have been arrested by the police in Kogi State over their alleged connection with the killing of Mrs. Yemisi Baderu, wife of the Chief Imam of Stereo community, in Ijumu Local Government Area (LGA).

A witness said the woman was murdered last Thursday night in her home in the presence of her husband and children.

The assailants allegedly attacked her with a cutlass.

The Kogi State Police Command confirmed the arrests, saying that the suspects are undergoing interrogation to determine their level of involvement in the incident.

The police spokesman, William Aya (DSP), said: “Police authorities have arrested three suspects connected with the attack and an investigation has begun.

Senior Special Assistant (SSA) on Security in Ijumu Local Government Area Taufiq Isa visited the community on Saturday. He condemned the attack, describing it as heartless and brutal.

Adeboye’s Top Pastor,Tola Odutola Resigns , Says He Received Nothing In 30 Years From RCCG