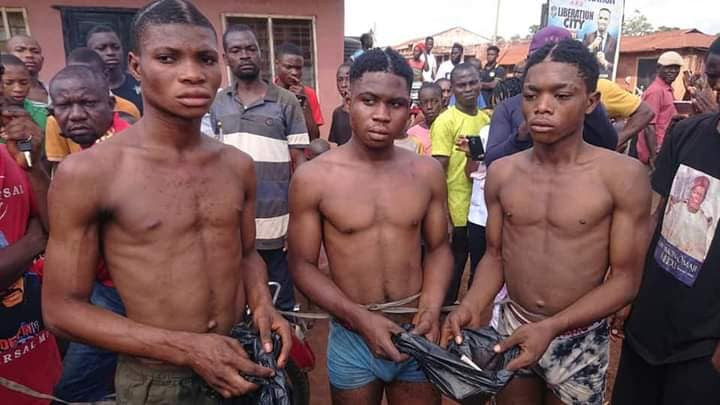 Three boys have been nabbed for engaging in homosexual sex in Otukpo local government area of Benue state.

CityNews Nigeria learnt  that, an 18-years-old boy identified by David and two of his best friends had been nabbed by people of zone HB community in Utupko Local Government Area, Benue state after they were allegedly caught having s*x with themselves.

As three of the boys were confessing, they said they were 5 in the room, but two persons managed to escape when they came and arrested them. David further revealed that he has been doing this for a very long time; sometimes he visits his friends in other local government to catch the same fun.