Home News Buhari,Tinubu Get New Appointments From APC As Race For 2023 Hots Up 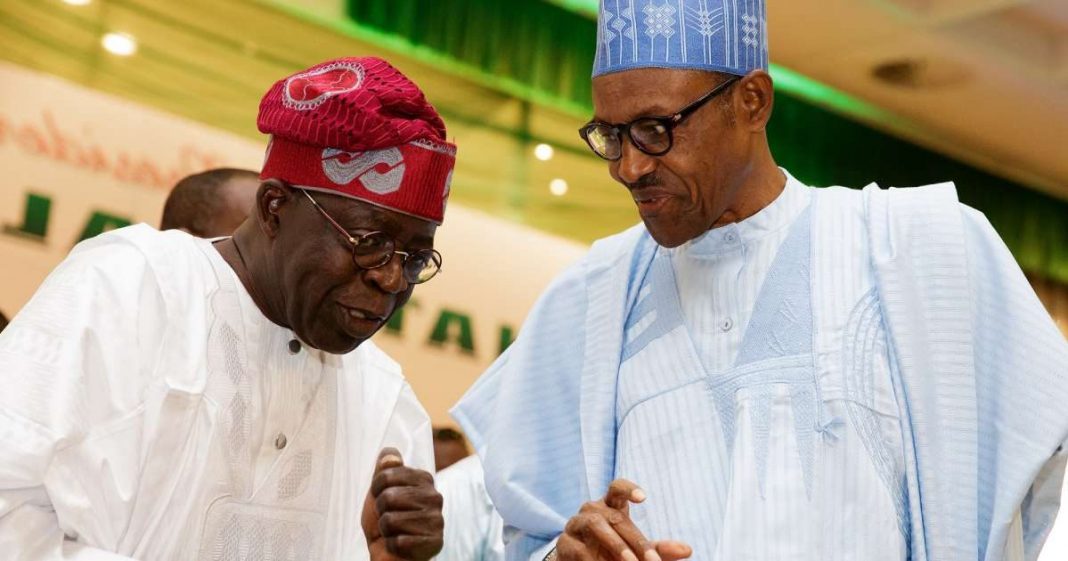 APC has given Buhari and Tinubu new role as the party strategizes ahead of 2023 polls.

CityNews Nigeria reports that a chieftain of the All Progressives Congress (APC) and Minister of Labour and Employment, Dr Chris Ngige, has revealed that the founding fathers of the party will decide on the zoning of its 2023 presidential ticket in 2021.

Let us recall  that the APC was formed in 2013 by a merger between the Congress for Progressive Change (CPC), Action Congress of Nigeria (ACN), a faction of the All Progressives Grand Alliances (APGA) and some chieftains of the Peoples Democratic Party (PDP).

The emergence of the APC resulted in the victory of President Muhammadu Buhari (a northerner) in 2015 over incumbent Goodluck Jonathan (a southerner).

There have been calls from various interest groups for the two major political parties – APC and PDP – to zone its 2023 presidential ticket to the south. And with this new development,Aswiaju Bola Tinubu and President Muhammadu Buhari have been invariably charged with the responsibility of why APC presidential ticket goes in 2023.

Some groups like the Ohanaeze Ndigbo has called on political parties to micro-zone their tickets to the Southeast.

Speaking on the 2023 election, Ngige stated that nine among those of them who founded the APC were still in the party and that they would speak at the appropriate time whether or not there was an agreement on the zoning of the presidential ticket of the party for the 2023 election.

“Nine of us are still in the APC. I can’t speak on the issue now. Most of us agreed that we are going to speak next year – from (Bola) Tinubu to Chief (Bisi) Akande, Chief Olusegun Osoba, myself; Tom Ikimi, Yusuf Ali; Ogbonnaya Onu; Danjuma Goje and Senator Wamakko.”

“We will speak next year after we would have done the APC caucus meeting on it. Caucus will agree that we speak on it publicly,” he said.

No Names Were Dropped From Wadume’s Case – Malami