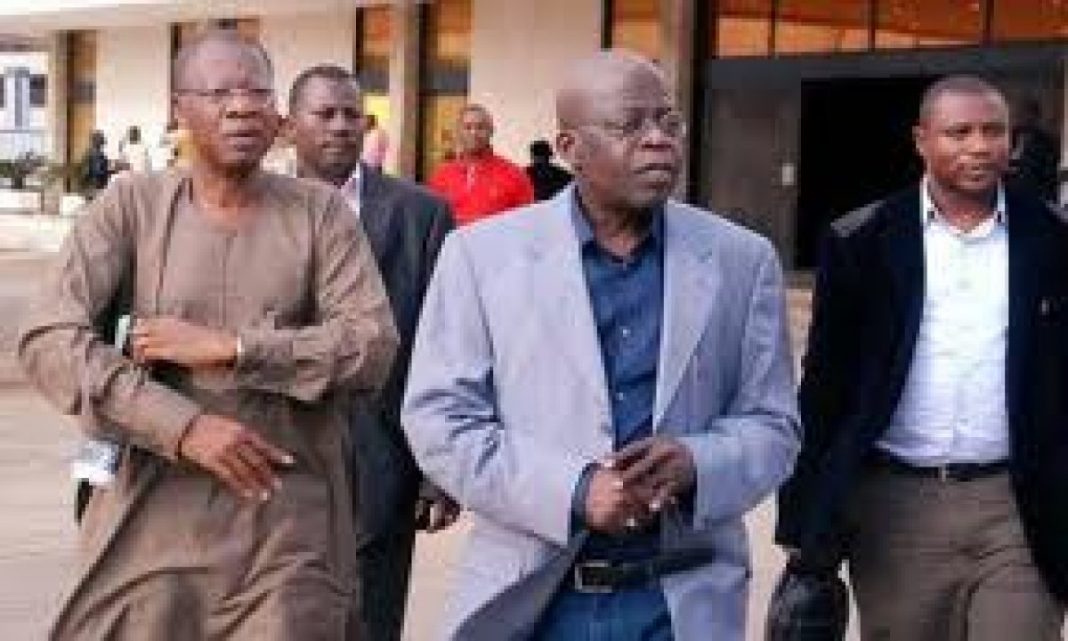 It’s proper and helpful to put that interview granted in 1997 when Asiwaju Tinubu was in exile in London in its proper context. I know the story well enough. It was during the military era after the annulment of the June 12 election when Nigeria was a Banana Republic of sort. Every right-thinking Nigeria was exasperated at the way the country was being run and where it was headed.

General Ibrahim Babangida had annulled the election freely won by Bashorun MKO Abiola, an election that broke all barriers that hitherto divided the country: ethnic, religious, class, etc.
In his agitation against the annulment and against the military, as Senator he had led the National Assembly to pass a joint resolution that the military must step aside following the June 12 annulment and hand over to a democratic elected president.

For that he was hounded. His house petrol-bombed. But as it turned out, IBB was forced to step aside. However, General Abacha who pushed the ING headed by Chief Shonekan aside and eventually took over power was of the worse form: brutal, repressive and retrogressive.
Asiwaju and others continued to confront the military and to demand the restoration of June 12. Asiwaju moved into exile where he continued the struggle.

Abacha harassed, hounded and clamped down on many pro-democracy activists including journalists. Those lucky not to be killed lost limbs. Many were clamped into detention, their families harassed. NADECO chieftains which included Pa Alfred Rewane was killed. Kudirat Abiola was killed in broad daylight. Late Chief Abraham Adesanya and late Guardian Newspaper Publisher Alex Ibru, among many others, were shot at.

It was during that dark period that Asiwaju granted that interview, when no one was proud of the country. The military were not building, they were simply destroying all that had been built. Everything was in disarray. All committed and highly-principled Nigerians lost belief in their country and hope in her well-ordained future.

Following the agitation of the likes of Asiwaju and co, the military somehow atoned for the criminal annulment of June 12 and brought back democracy, which all of us are enjoying today including the faceless people now condemning Asiwaju for his patriotic stand and for granting that interview that put the military on their toes.
Those who exhumed that interview to score cheap political points should be ashamed of themselves. Nigerians, however, know better and know the courageous and patriotic ones as opposed to those who only pay lip service to patriotism and nationalism. No Names Were Dropped From Wadume’s Case – Malami