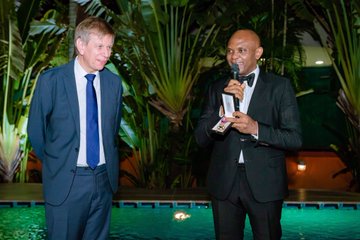 CityNews Nigeria reports that Tony Elumelu chairman of UBA Group, Transcorp and Tony Elumelu Foundation has been presented a national honour by the Kingdom of Belgium.

Corporate titan,Elumelu on Monday shared photos from the event which happened on Sunday night.

He was conferred with the honorary distinction of Officer in the Order of Leopold, Belgium’s oldest and most important national honour.

“Last night, the Kingdom of Belgium conferred on me with the honorary distinction of Officer in the Order of Leopold, the country’s oldest and most important National Honour,” the business mogul wrote in a post on different social media platforms. 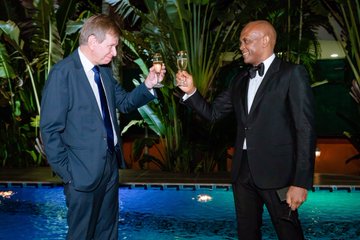 Elumelu said he was humbled by the recognition of the foundation’s work in empowering entrepreneurs in Africa.

READ ALSO:#EndSARS: FG Says It Will No Longer Tolerate Violence

“I am humbled by this recognition of the work @TonyElumeluFDN in catalysing entrepreneurs across Africa and will continue to drive the economic empowerment of our brilliant young #Africanentrepreneurs to propel development in Africa,” he wrote. 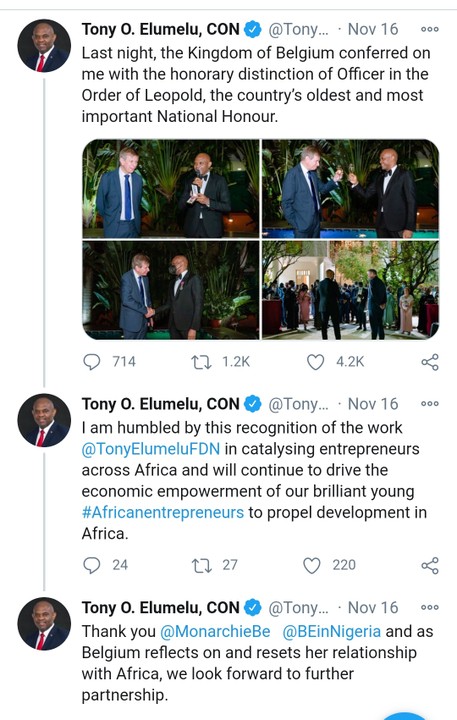