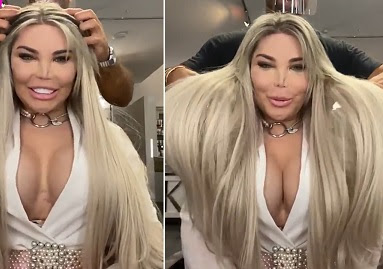 Jessica Alves has shown off her new hair after proudly transitioning into living as a woman.

The socialite, formerly known as Roddy Alves, took to Twitter to share a video of herself getting her new look at posh London department store Harrods.
In the clip, which had been shot in slow motion, the hairdresser flipped Jessica’s long blonde locks around her shoulders as she pulled a shocked face for the camera.
She then picked her locks up and twirled them around as she pouted and smiled.
Jessica, who was once known as the Human Ken Doll for her love of plastic surgery, then wiggled her breasts for the camera.
Her hairdresser was wearing a face guard while he played with her hair. 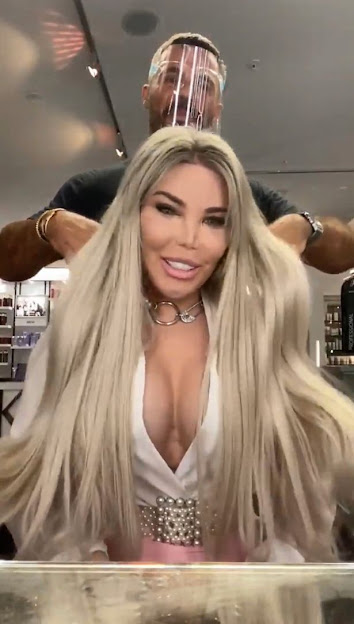 The video then sped up and she said: “Finito! Look.”
Jessica, 36, tweeted the video, saying: “Loving my new hair #harrods #beauty #jessicaalves.”
Her follower rushed to compliment her new look, with one tweeting: “You have a wonderful look.”
“Looks amazing and you look so happy. You go girl,” another posted.
A third agreed: “You look beautiful as always Barbie!”
Jessica has had 75 plastic surgeries and she estimates she’s spent around £900,000 to achieve her look. 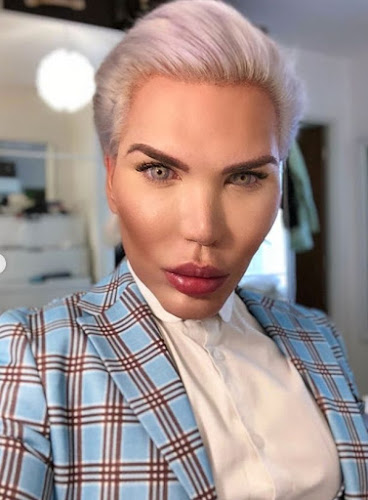 After she came out as transgender she spent £25,000 on breast enlargement surgery, as well as injections in her hips, knees and feet that totalled £35,000.
She also had her Adam’s apple and six pack removed, facial feminisation surgery and started taking female hormones.