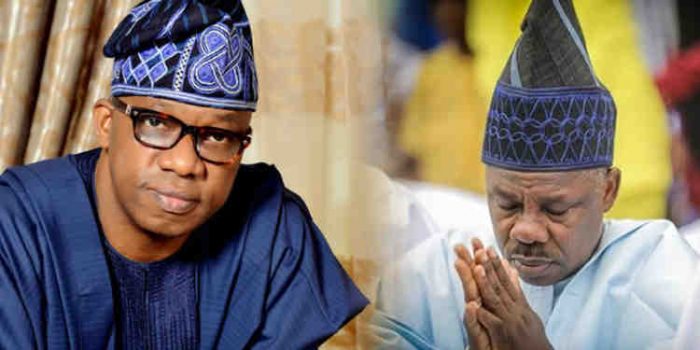 CityNews Nigeria has learnt that the Ogun State Government says it took its due diligence to discover an alleged hidden additional N50bn domestic debt left behind by the immediate-past administration of Senator Ibikunle Amosun.

Abiodun said the figures given to it by Amosun’s administration did not capture the entire liabilities it left behind when the former governor left office in 2019.

In a statement signed by Kunle Somorin, chief press secretary to the governor, the administration claimed that not less than N50bn in financial liabilities were not accounted for in the financial report handed over to him in May 2019.

The governor statement was a reaction to the report by the Debt Management Office which stated that the government incurred N58bn domestic debt within the period of his administration.

READ ALSO:   BREAKING: Many feared dead as bus plunges into river in Ondo

The DMO in the report revealed that the Dapo Abiodun-led administration borrowed N58bn as domestic debt in 18 months.

According to the government, the recent report by the DMO showed that the omitted figures by the immediate past administration in the state on the domestic debt had an impact on the DMO report.

The statement reads partly, “We only got to know about this amount in the course of our carrying out due diligence on Ogun State finances shortly after we took over.

READ ALSO:   Siblings, 35 Others Arrested By EFCC Over Internet Fraud In Ekiti

“As a transparent government committed to being accountable, we had to disclose this for the first time to give a true picture of the state’s indebtedness.

“Governor Dapo Abiodun has started paying the retirees and pensioners affected, with the first tranche of N500m paid to them last month. Every quarter, the governor has promised to pay them at least N500m until everyone is paid.

“The increase in the 2020 total debt of the state was due to an undisclosed gratuity and staff liabilities of about N50bn not recognised in the state financial statements in May 2019 at the end of the previous administration.

“In order to show the complete picture of all state liabilities, the current administration booked the gratuities and staff liabilities in the financial statements of the state hence the increase.

“Residents and citizens of the state can attest to how Gov Abiodun is completing all the abandoned projects of his predecessor and commencing signature projects and roads.

“The governor has concentrated on his ‘Building Our Future Together’ with special attention to infrastructure, health, education and agriculture.

“Also, the welfare and security of the people which are the primary functions of government are equally on the front-burner.”

Attempts to get reaction from Amosun failed as the former governor had not responded to the text message sent to his mobile phone.

Waitress got revenge against chef who slapped her bottom