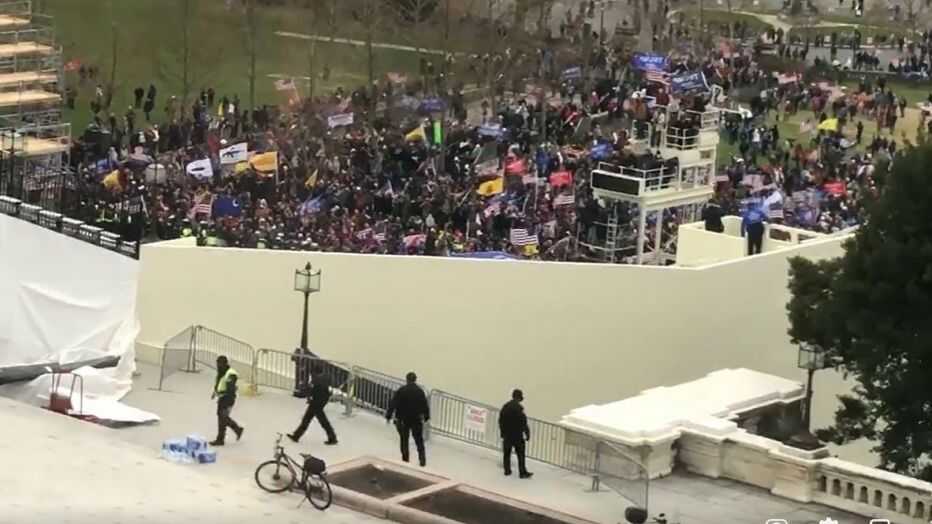 The U.S. Capitol is locked down after pro-Trump protesters charged the steps on Wednesday as Congress began counting the Electoral College votes.

Around 2 p.m., Capitol police sent out an alert:

All buildings within the Capitol Complex,Capitol: Due to an external security threat located on the West Front of the U.S. Capitol Building, no entry or exit is permitted at this time. You may move throughout the building(s) but stay away from exterior windows and doors. If you are outside, seek cover.

Both chambers abrubtly went into recess amid the chaos.

The surge occurred after thousands poured into the nation’s capital to support President Donald Trump, and to protest the results of the 2020 election, which Joe Biden won.

The skirmishes occurred outside in the very spot where president-elect Biden will be inaugurated in just two weeks.

Nunieh: I Slapped Akpabio For Sexually Harrasing Me