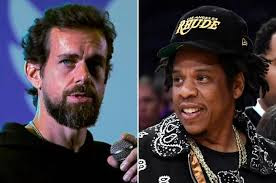 Dorsey, who is also founder and chief of financial services and mobile payments firm Square, said in a tweet that he and Jay-Z are giving 500 bitcoin to fund an independent endowment called “Btrust.”

That amount of the cryptocurrency was worth about $24 million on Friday.

“It will be set up as a blind irrevocable trust, taking zero direction from us,” Dorsey said, adding that the fund would initially focus on bitcoin development teams in Africa and India.

He said three board members were being sought, adding a link to an online application that stated the mission is to “make bitcoin the internet’s currency.”

Launched in 2009, bitcoin has been on a meteoric rise since March, when it stood at $5,000, spurred by online payments giant PayPal saying it would allow account holders to use cryptocurrency.

Tesla this week announced a $1.5 billion investment in the digital money and plans to accept the cryptocurrency from customers buying its electric vehicles.

BREAKING:#EndSars Becomes The Guardian Newspaper Person Of The Year 2020

Read why Bill Gates says it could take 18 months before life returns to normal...