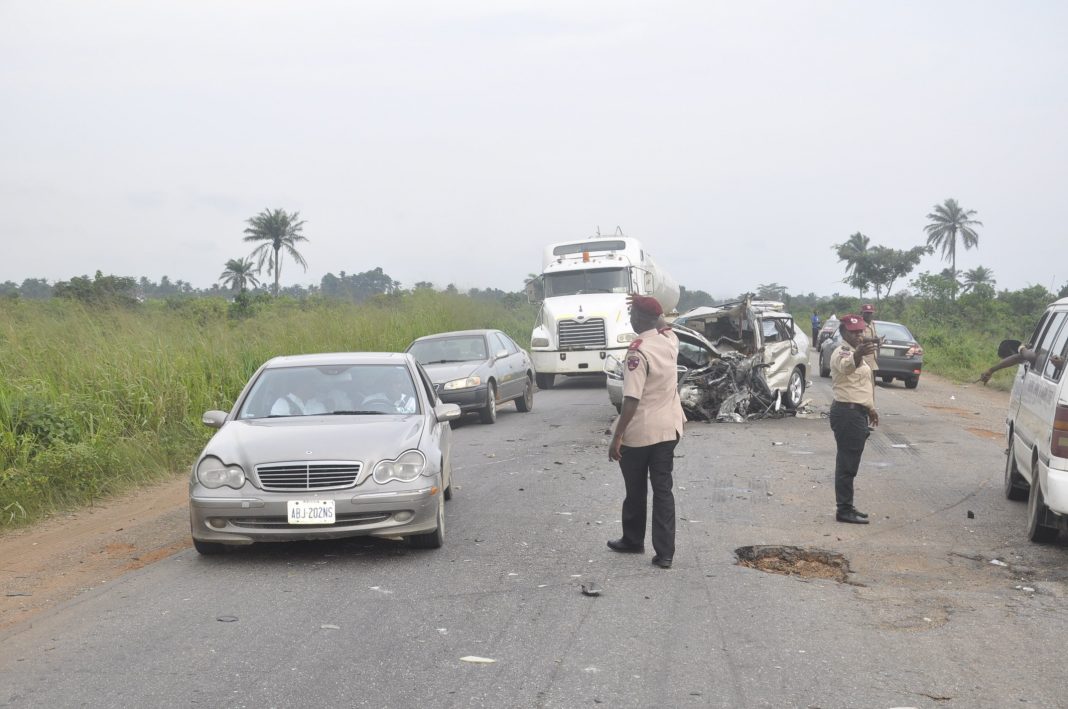 Two persons were killed while three others sustained injuries in an accident, which occurred at Apake, old Ogbomoso-Ilorin road on Friday.

Uche said that a Mitsubishi Pickup, which was conveying nine passengers, had a brake failure, lost control and rammed into two stationary motorcycles and a car.

She said “Two persons on the stationary motorcycles lost their lives on the spot while three other persons sustained injuries, which included the motor boy of the pickup vehicle.

“The Mitsubishi Pickup vehicle had nine passengers, eight males and one female, which was overloaded and against the social distancing order imposed due to the Coronavirus pandemic.

“Maybe the vehicle was trying to evade arrest by the FRSC officials on the road knowing fully well that officials would stop him and aware that he had committed an offence of overloading.”

She said the injured persons had been treated and discharged while the corpses had been deposited at Ladoke Akintola Teaching Hospital, NAN reports.

Ngige Dances To Zoro’s Music At A Ceremony (Trending Video)