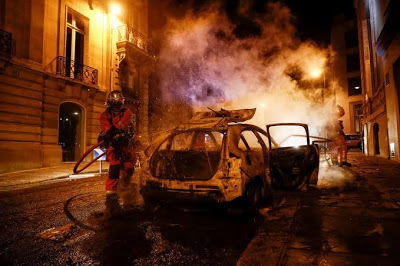 The violence occurred around the Parc des Princes stadium and on the Champs-Elysees avenue during and after the match on Sunday night, police said on Twitter.

Thousands of supporters had gathered at the Parc des Princes to cheer on PSG, lighting flares and chanting as they watched the 1-0 defeat in Lisbon on a big screen.