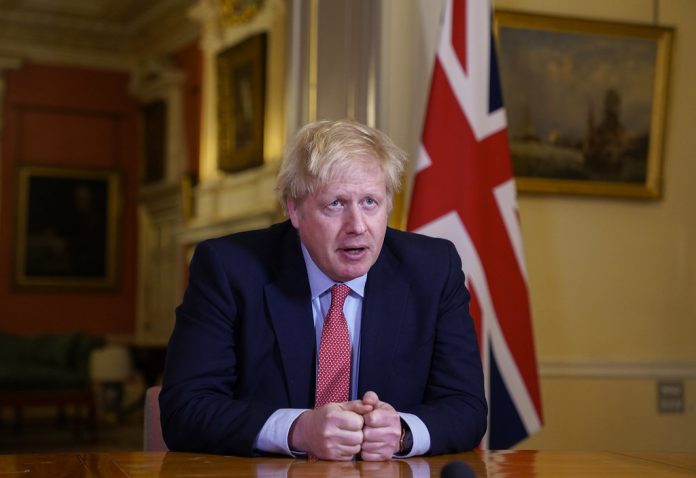 The UK parliament is now ready to listen to the petitions on #endsars and Lekki shootings.

United Kingdom Parliament has responded to an online petition signed by about 219,743 people asking for sanctions to be imposed against the government of Nigeria and police officials involved in abuses and violation of human rights.

In its response to the petition titled: “Implement sanctions against the Nigerian Government and officials,” the UK Parliament said it will consider the petition for a debate, as it considers “all petitions that get more than 100,000 signatures for a debate.”

The Parliament said it was waiting for 22 days for a debate date on the petition, stating that there have been reports of a Nigerian police force unit (SARS) engaging in illegal activities and human rights abuses, and there have also been reports of police firing at protestors calling for SARS to be disbanded.

“Deploying sanctions would provide accountability for and be a deterrent to anyone involved in violations of human rights,” it said. Meanwhile, the UK Government also said it was waiting for the outcome of investigations into cases of police brutality in Nigeria.

The UK new ‘Magnitsky’- style sanctions regime will target those who have been involved in some of the gravest human rights violations and abuses around the world. In a response given on Wednesday, November 11, the UK Government said it was concerned with incidents of violence.

“We were concerned by violence during recent protests and await the outcome of Nigerian investigations into reports of police brutality. We do not publicly speculate on future sanctions designations,” the British Government said in a statement issued by Foreign, Commonwealth & Development Office.

“The UK Government is deeply concerned by violence during recent protests in Nigeria, which tragically claimed lives. Our thoughts are with the families of all those affected,” it said. The statement added that the Foreign Secretary stated on October 21 calling for an end to the violence and for the Nigerian Government to urgently investigate reports of brutality by its security forces and hold those responsible to account.

“The Minister for Africa tweeted on 16 October, noting the Nigerian people’s democratic and peaceful calls for reforms, and again on 21 October, encouraging the Nigerian authorities to restore peace and address concerns over brutality towards civilians. “He reiterated these messages when he spoke to Foreign Minister Onyeama on 23 October. The British High Commissioner in Abuja has also raised the protests with representatives of the Nigerian Government and will continue to do so,” it said.

The UK Government said it welcomed President Muhammadu Buhari’s decision to disband the Federal Special Anti-Robbery Squad (F-SARS) and the establishment of judicial panels of inquiry to investigate alleged incidents of brutality by the security services. “They must investigate all incidents, including in Lagos, fully,” it said. According to the statement, the minister for Africa tweeted on 29 October, stressing the importance of the police and military cooperation with the panels. “He raised this and the need for the panels to urgently start investigations, when he spoke to the Governor of Lagos on 11 November.

“The UK Government will continue to work with the Nigerian Government and international and civil society partners to support justice, accountability and a more responsive policing model in Nigeria. “We will continue to push for the Nigerian security services to uphold human rights and the rule of law, investigate all incidents of brutality, illegal detentions and use of excessive force, and hold those responsible to account.”