Home News Umahi Defection To APC Has Nothing To Do With Igbo Interest –... 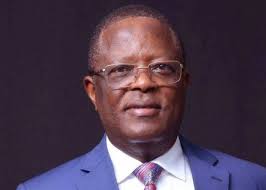 Ayodele Fayose, former governor of Ekiti state, says the defection of David Umahi, governor of Ebonyi state, to the All Progressive Congress (APC) is a reflection of the kind of leadership in the country.

Umahi, on Tuesday, made public his defection from the Peoples Democratic Party (PDP) to APC.

The governor cited “injustice” to south-east people by the PDP for his move.

His defection has stirred a controversy in his former camp with Kola Ologbondiyan, PDP spokesman, saying Nigeria would soon know the real reason behind Umahi’s exit from the opposition party.

The development has also ignited a war of words between Umahi and his Rivers counterpart, Nyesom Wike.

But In a tweet on Thursday, Fayose said  Umahi’s defection has nothing to with the interest of the Igbo nation.

The former governor said Umahi’s action weakens the resolve for liberation, adding that Nigerians will have the last laugh.

“Gov Umahi defected to APC long ago before this unjustifiable move, which clearly has nothing to do with the interest of the Igbo nation. This is a reflection of the type of leadership our country parades,” Fayose wrote.