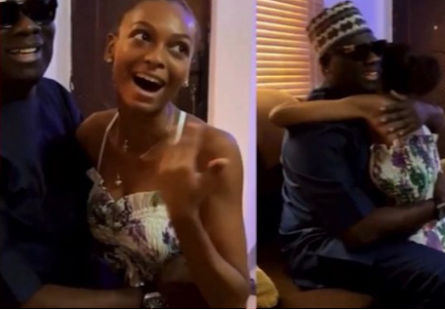 Instagram celebrity, Mompha has paid Adeherself a visit after she was released from Efcc custody.

The social media influencer, Adeherself was released from EFCC custody weeks ago, she hasn’t been active on social media since her release, but dropped a statement promising to be back.
Mompha who had also been arrested by the EFCC on allegation of fraud visited the young lady also accused of fraud and shared a video of the visit.

I pity those who say recent APC crisis has ended my political future – Tinubu...

Why AfDB President, Akinwumi Adesina Is Facing Probe By The US,Others

IPOB Leader, Nnamdi Kanu Speaks About Being A Man Of Peace