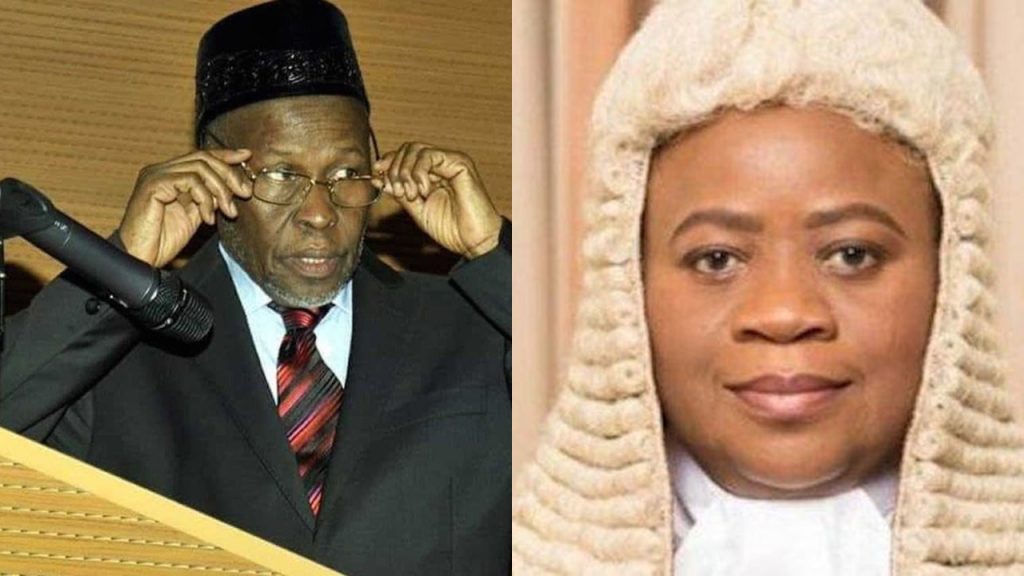 The Chief Justice of Nigeria, Justice Ibrahim Tanko Muhammad on Friday inaugurated a substantive President for the Court of Appeal, Justice Monica Dongban-Mensem with a charge to maintain the credibility of the appellate court.

The CJN, who performed the inauguration at the Supreme Court challenged the new president to live up to expectations by maintaining a cordial relationship with her colleagues on the Appeal court bench.

At the inauguration attended by Governors of Sokoto, Plateau, Niger and Kebbi States, Justice Muhammad reminded the new Appeal Court President that the court has the largest number of Justices in the country, hence the need to be up and doing.

Specifically, the CJN counselled Justice Dongban-Mensem, who is the second female President to be appointed to ensure regular meetings with Presiding Justices in all divisions of the court as well as other Justices to enable them understand the challenges that may face the courts.

The CJN further tasked the new appellate court president to continue with her good character, behaviour and hard work, adding that the sky will not only be a limit but a stepping stone for her.

“From my personal experience, the workload in the Court of Appeal, especially in the divisions is the highest. It is a home of work, it is a home of cooperation, but with your experience, hard work and zeal, you will not find your new status difficult.

“If you sustain your good character and conduct, your tenure will definitely be an excellent one. Try to be yourself and do not allow others to derail you. Remain what we know you for”.

In her remark, the newly sworn-in PCA, said she felt honoured and challenged to be appointed into the office of the President of the Court of Appeal, based on the recommendation of the National Judicial Council (NJC) and the approval of President Muhammadu Buhari.

She assured Nigerians that she will do her best in ensuring that Justice is applied at the appellate court and said she will build on the legacy left behind by her predecessors.