Home Lifestyle US 2020: Ivanka Trump makes $4million in virtual fundraiser for her father’s... 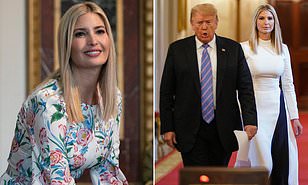 Ivanka Trump brought in $4 million dollars for her father’s re-election campaign in her first virtual fundraiser this week that featured a surprise appearance from President Donald Trump.

The first daughter’s return to the fundraising circuit comes as President Trump has lagged behind Democratic rival Joe Biden in fundraising, trailing him in second quarter totals.

Ivanka Trump appeared on the zoom call with Republican National Committee Chairwoman Ronna McDaniel, a source with knowledge of the fundraiser told DailyMail.

During the fundraiser, President Trump made a surprise phone call to Ivanka and spoke briefly to her and the more than 70 donors on the call.

The money from the fundraiser went to the Trump Victory fund – a joint fundraising committee benefiting the president’s campaign, the RNC, and roughly two dozen state parties.

Ivanka Trump, who serves as an unpaid adviser in the White House, is the second highest requested fundraiser next to the president, according to the source.

Her $4 million haul tops the $1.7 million that Elizabeth Warren raised for Biden last Friday. But, in June, Warren brought in $6 million for Biden in his largest single-event to date.

With the election less than 100 days away, the competition is heating up and the pressure to fill the campaign coffers is building on both presidential candidates. 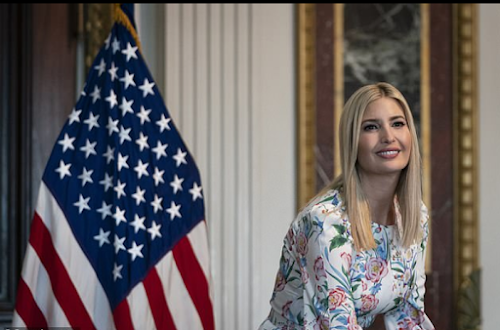 But the joint Trump/GOP fundraising committee announced it raised $165 million in July, topping over $1 billion raised for the joint effort. July marked the largest online fundraising month ever for the re-election effort.