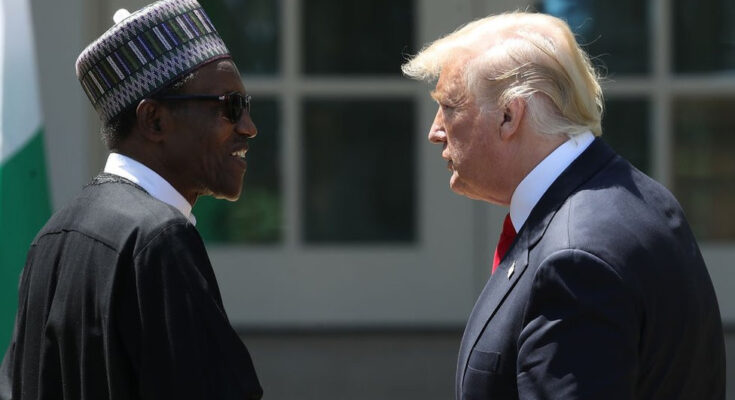 The Muslim Rights Concern (MURIC) has asked President Muhammadu Buhari to place a travel ban on US President Donald Trump over his role in the Capitol building riot.

In a statement on Monday, MURIC director Ishaq Akintola said Trump “stained” America’s reputation as a great democracy by his acts.

The group also berated Buhari for being silent on the Capitol riot, noting the US government might have imposed sanctions if such happened in Nigeria.

“MURIC calls on the Federal Government to speak up on the American debacle. America’s condemnation of African and other third world countries has been deafening enough to attract a tornado of backlashes at this moment,” Igbere TV reports that the statement read.

“We are not happy that FG has remained silent. China, Turkey, and Iran have spoken up. The voice of Africa must also be heard and the continent is looking unto Nigeria to lead the way.

“We must tell America to its face that tyranny is colour blind and dictators can emerge from the least expected places on earth. There is no country which is occupied by angels only, least of all America.

“We call on FG to place travel ban on outgoing President Donald Trump and his key allies. It is hoped that other African countries will key into the idea. It just has to be on record that once upon a time, America produced a tyrant, a bully, and an insurrectionist.”

At least five persons died in the riot. Charges have also been filed against some of the rioters.

Nigeria’s House of Reps to resume plenary on Tuesday

2023 Presidency: Why Tinubu Won’t Have My Support – Ayo Adebanjo Explodes

Covid-19:Huawei warns UK not to change its plans over 5G controversy